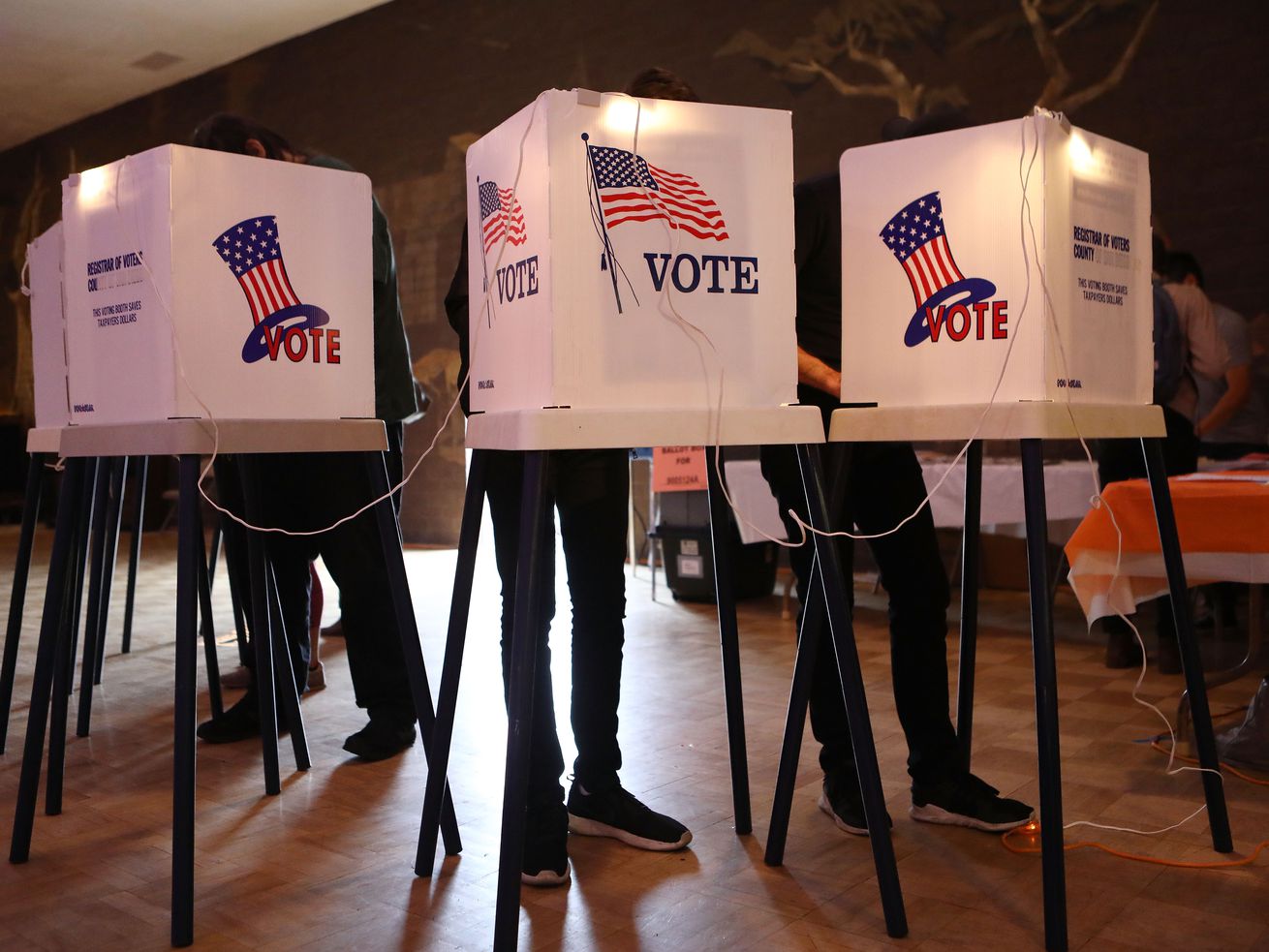 In 11 states, at least one in 10 Black people of voting age can’t vote due to a felony conviction.

Nearly 5.2 million Americans won’t be able to vote in this year’s election due to their felony record, according to a new report from the Sentencing Project.

It’s an improvement from 2016, when 6.1 million couldn’t vote due to a felony record. But it means 2.3 percent of Americans old enough to vote, including 6.3 percent of Black people otherwise eligible to vote, still don’t have a say in the country’s democracy.

The vast majority of people prohibited from voting aren’t in prison. Only 25 percent of people disenfranchised are in prison or jail, while 10 percent are on parole and 22 percent are on felony probation. The rest — 43 percent — have completed their sentences but still can’t vote.

That reflects differences in state laws. Only Maine and Vermont let everyone vote, even while they’re in prison. The rest impose some restrictions on voting rights — in prison, on parole, on probation, some or all of the above, or after people complete these sentences.

The numbers are worse for Black voters, who are nearly four times as likely to be disenfranchised due to a felony record as non-Black Americans. In Wyoming, more than a third of the Black voting-age population can’t vote. In Tennessee, more than one in five can’t vote. In Alabama, Arizona, Florida, Iowa, Kentucky, Mississippi, Nebraska, South Dakota, and Virginia, more than one in 10 can’t. This by and large reflects the massive racial disparities in the criminal justice system.

The Sentencing Project’s figures are a slight improvement compared to 2016. Several states, from Nevada to Louisiana to Florida, have since restored voting rights for at least some people who were previously disenfranchised.

Despite the changes, millions of voters remain disenfranchised. In Florida alone, more than 1.1 million people are barred from voting due to a felony record, nearly 900,000 of whom have completed their felony sentences. Although voters approved a measure restoring the right to vote to most Floridians who’ve completed sentences, lawmakers built exceptions into the law — requiring people to pay court fees, fines, and restitution before they’re allowed to vote again.

The Sentencing Project’s data is based on estimates, not headcounts. That means it’s likely not completely accurate. But it’s the best data we have, given gaps and other limitations in official data for the criminal justice system and voter disenfranchisement.

It paints a grim picture of voting rights in the US: Despite some progress in recent years, millions of Americans still aren’t allowed to vote due to a felony record.