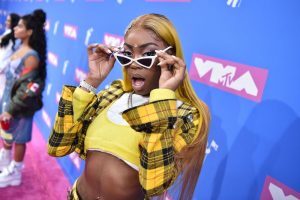 Twitter is awry with all types of political endorsements, but Asian Doll has been receiving all types of backlash after she took to Twitter to show her support for the re-election of DOnald Trump.

In a now deleted tweet, the Dallas native said that she’s rather Trump win the election than “the other dude”, showing she can’t or doesn’t want to remember Se. Joe Biden’s name.

After getting scores of criticism for her opinion, she responded sayng, “F**k both of them at the end of the day but Shid we got 2 choices I was just saying cause it’s time to vote…..DAM.”

The post Asian Doll: ‘I Rather Trump be The President Then That Other Dude’ appeared first on The Source.