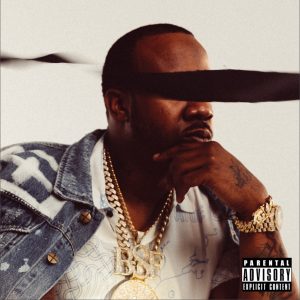 Benny The Butcher has had the eyes of Hip-Hop listeners on him all month in anticipation of his Burden of Proof album. The new album is entirely produced by Hit-Boy and mastered by Guru. The album is executive produced by the trio of Benny, Hit, and Westside Gunn.

“I always wanted to name my first album, The Most Anticipated, because that’s always been my position and it’s my position now.  I’ve always been a dope artist from the hood, from the city, but I never really put out ‘the album’” Benny said of the release.  “I’ve recorded a lot of great music.  Dope projects, mixtapes, features, and people see me on that level to where when I deliver the album it has to be ‘that album’ because expectations are high and I thrive under pressure.  Burden Of Proof is that album.  We worked hard on this project.  I got a lot of input from the team.  This is what I wanted to give the people; Burden Of Proof.”

Releasing alongside the album is the video for the album closing single “Legend.”

You can press play on the video and hear the new entire album below.

The post Benny The Butcher Releases ‘Burden of Proof’ Album Produced by Hit-Boy appeared first on The Source.