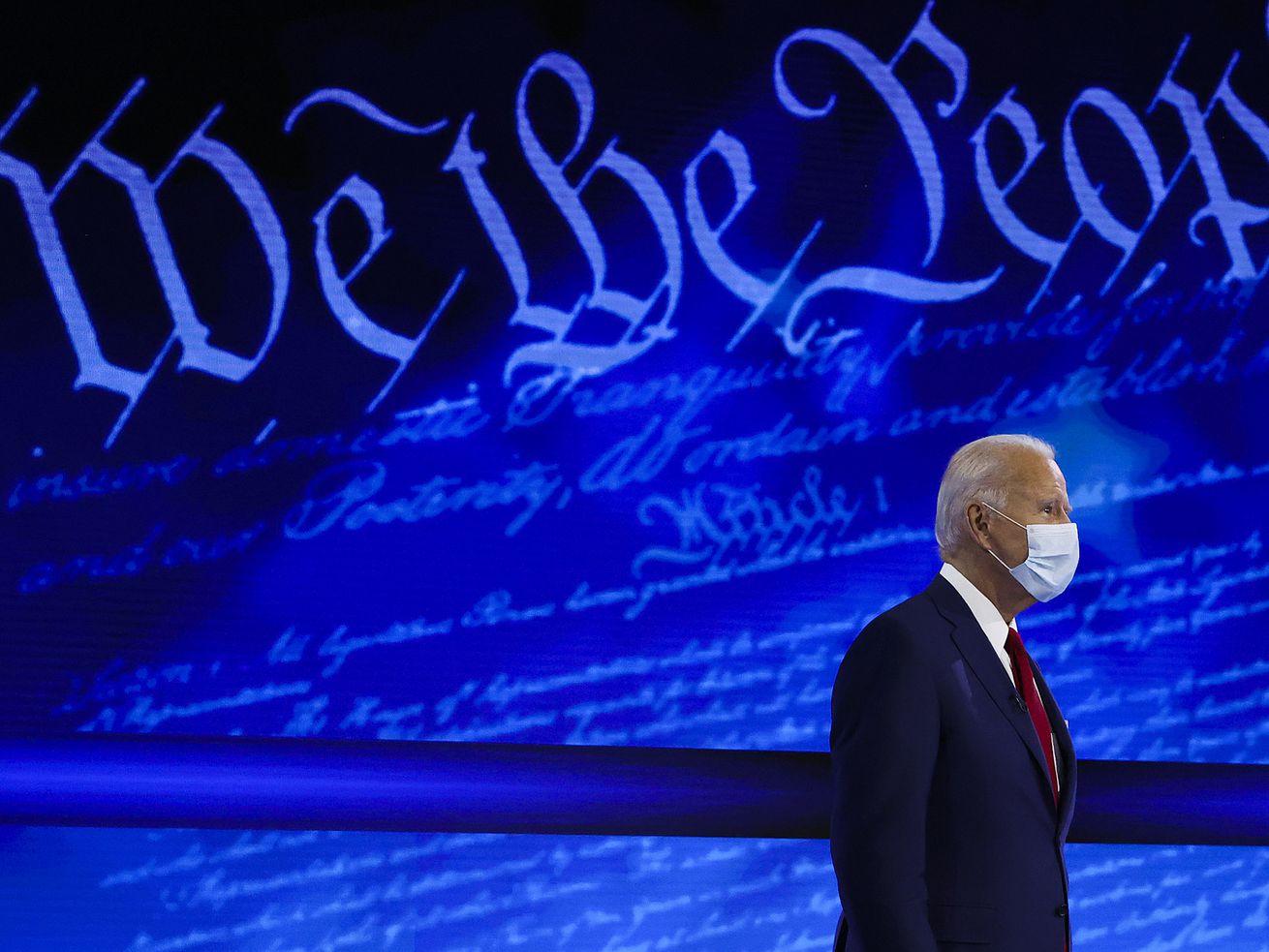 He says it comes down to whether Republicans rush the Amy Coney Barrett confirmation.

If Democrats win the White House and both houses of Congress, they’ll face a devilish dilemma almost immediately after they take office.

Supreme Court nominee Judge Amy Coney Barrett will almost certainly be confirmed. Republicans are about to gain a 6-3 majority on the Supreme Court, and with it, the power to strike down any policy pushed by Democrats. The single most potent weapon a Democratic majority could deploy to prevent a Republican Supreme Court from sabotaging a Joe Biden presidency is court-packing — adding additional seats to the Supreme Court and swiftly filling those seats with Biden appointees.

Which brings us to former Vice President Joe Biden’s response to a question about court-packing during an ABC News town hall event on Thursday night.

After moderator George Stephanopoulos asked Biden whether he would support expanding the Court, Biden offered a response that was simultaneously nuanced, noncommittal, and perhaps a thinly veiled threat to Republicans who are attempting to fill a Supreme Court seat in the middle of an election.

Pressed repeatedly by @GStephanopoulos on his position on court packing, Joe Biden says, “I’m not a fan … it depends on how this turns out,” adding that it depends on how Republicans handle the confirmation of Supreme Court nominee Amy Coney Barrett. https://t.co/JEyTOkB6qk pic.twitter.com/rpcrzh5aRO

“I have not been a fan of court-packing,” Biden said, echoing sentiments he voiced to reporters a few days earlier. But he added that his answer to the question of whether he would support adding seats to the Supreme Court “depends on how” the Barrett confirmation fight “turns out.”

Barrett, Biden noted, is a “controversial” nominee “in terms of … fundamentally altering the makeup in a court.” He added that his ultimate answer to the court-packing question “depends on how much they rush” the confirmation — “they” being Senate Republicans, who are pushing through Barrett’s confirmation far faster than any recent Supreme Court nominee, in order to get her on the Supreme Court before the election.

As Stephanopoulos noted, Republicans plan to confirm Barrett close to Halloween, meaning that she would take her seat just days before Americans could vote President Donald Trump out of office. Though Biden did not commit one way or the other to court-packing during the town hall, he did say he would provide an answer before the election, after being pressed by Stephanopoulos for a firm response. And Biden reiterated that his ultimate answer would depend on how Republicans handle the Barrett confirmation.

Biden’s refusal to rule out court-packing is significant. In the past, he’s been far more critical of the notion. Indeed, as recently as last July, Biden said he’s “not prepared to go on and try to pack the court, because we’ll live to rue that day.”

But a lot has happened since July. Justice Ruth Bader Ginsburg has died. Her seat is about to be filled by a staunch conservative. And the Supreme Court announced early this month that it would hear a case that could potentially drive the final nail into the Voting Rights Act’s coffin. At the very least, the Court is likely to continue chipping away at America’s voting rights laws, empowering Republican state lawmakers to disenfranchise Democratic voters.

The price of packing the Court is quite high. It means stripping the Court of much of its legitimacy. And it invites retaliation if Republicans regain power.

Biden isn’t yet ready to decide which of these prices he’s willing to pay. But he’s not ruling out court-packing.