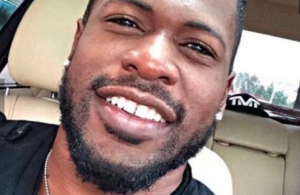 According to several conformed reports, an unarmed Black man in Texas was shot and killed by a while police officer while trying to break up a domestic incident between a couple that had gotten physical.

31 year old Jonathan Price attempted to break up a fight between a couple that turned physical inside of a convenience store, which eventually ended up outside. When the Wolfe City Police arrived on the scene, they shot and killed Price.

According to lawyer Lee Merritt and other reports, Pirce had his hands raised when the police arrived, however, Officer Shaun Lucas tased him and then shot him soon after.

This comes just months after the 31 year old posted on Facebook that he’s never had a violent or negative interaction with the police. He defended police officers, stating that he never had a negative incident in his life involving the cops.

Officer Lucas is currently on administrative leave. TheSource.com will update this story as it develops.

The post Black Man Killed By White Police Officer In Texas While Breaking Up Domestic Dispute appeared first on The Source.