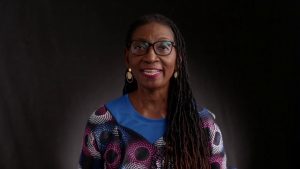 Since his initial campaign for President, Donald Trump has used a plethora of derogatory remarks. In a newly released Biden campaign ad, Trump’s attack on Black women is highlighted.

Facing off an against Sen. Kamala Harris in the election, Trump has attacked her by stating “Nobody likes her” and by becoming the first woman President, it would “be an insult to our country.”

Those remarks are just the tip of the words expressed against Black women as in other speeches he has used “Low I.Q.,” “unhinged,” and “crazy” as attacks. Each of those and more is highlighted in the new “Names” add showing the history of Trump’s remarks toward Black women.

The ad brings in multiple Black women to highlight the improper words directed toward them, along with highlighting the true essence of Black women. The ending message is to vote him out.

Also airing is the “Life or Death” ad, which highlights the importance of voting in this election. The women featured detail the support of the Biden-Harris Administration as they can see and hear the respect for their lives.

Both ads are available below.

The post Black Women Call Out Trump’s History of Name-Calling in New Political Ad appeared first on The Source.