BOTH government ministers and scientists have quashed the idea of holidays abroad going ahead this summer.

Due to rising Covid cases in Europe and a slow vaccine rollout, it is feared that trips abroad are unlikely for another five months.

Despite plans for a traffic light system – which could open some countries without restriction depending on the Covid situation – the situation abroad is not far enough along with the vaccine and reducing cases.

The UK is one of the leading countries for the vaccine rollout with 43 per cent of the population given the first jab.

Countries in Europe however are lagging behind with many less than 12 per cent and it has been warned it may not be until August that overseas holidays can resume.

Dr Mike Tildesley, a member of the Scientific Pandemic Influenza Modelling group (SPI-M), the modelling subgroup of Sage, said yesterday that while the UK vaccine is good for lifting restrictions in the UK, the situation abroad means holidays will be hindered.

He said: “Domestically it’s pretty easy for us to get back to a level of freedom given how well our vaccination campaign is going.

“But this is a global problem, it could be a long time before some countries get the vaccines they need to be able to fully unlock and start international travel again.”

A trip to Spain may not go ahead until August[/caption] 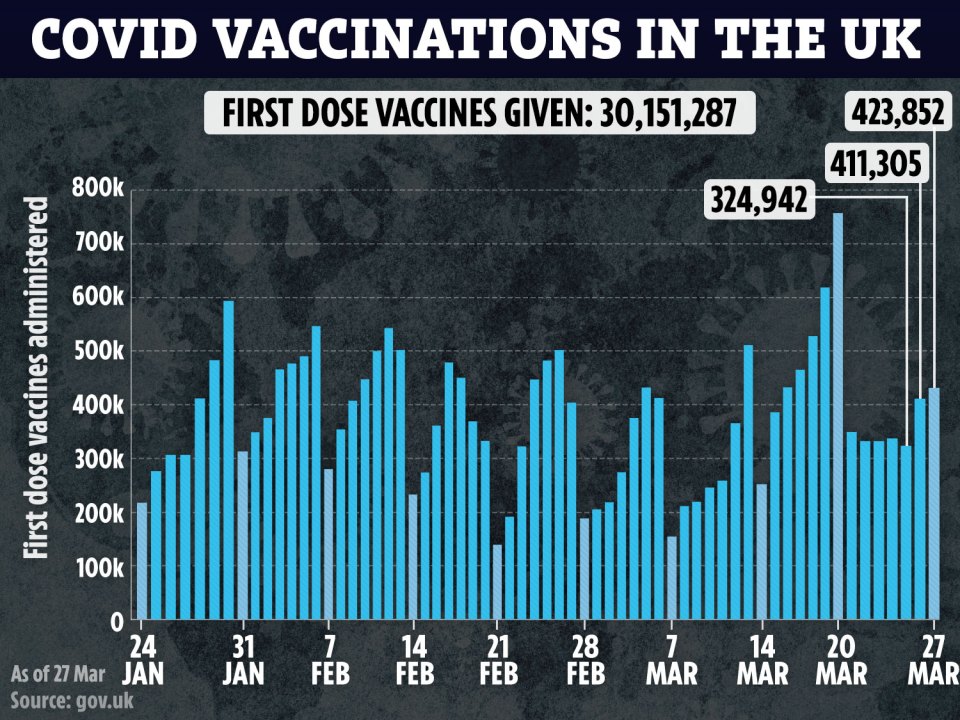 The government’s Global Travel Taskforce will announce next month when foreign holidays are likely to resume with previous hopes being from May 17.

Professor Sir Mark Walport, former chief scientific adviser to the Government, warned that cases abroad are likely to affect the opening of borders from the UK.

He told the BBC’s Today programme: “This has to be driven by the data.

“The numbers speak for themselves.”

Epidemiologist Professor Dame Ann Johnson said that Brits should be choosing staycations this year, not foreign holidays abroad, adding: “It is the biggest risk of seeing new variants and seeing them come into the UK.

“Equally we know we have new variants in the UK which we imported out of the UK.”

New rules being introduced today will enforce £5,000 fines for anyone breaking the rules and going on holiday.

The only restrictions currently lifted in England are allowing groups of up to six people being allowed to meet outdoors, although Wales holidays resumed from the weekend at self-catered properties.

Minister for Sport and Tourism Nigel Huddleston told Sky News said he also “encouraged people” to plan for a UK holiday, not a trip abroad.

He added: “We do want to open up as soon as we can, that goes for domestic and indeed international, but we’ll do so cautiously based on the evidence and we’ll keep a very close eye on what’s happening in both the EU and elsewhere around the world.”

Popular holiday destinations in the UK are already warning that they are selling out due to demand, with Cornwall families even placed onto waiting lists.

Beaches across the UK are even introducing new schemes including drones and Covid marshals to avoid overcrowding this summer.


Essential travel abroad: Can you legally leave the country during lockdown?

WHAT’S IN A NAME?

One beach is banning daytime drinking to prevent fights and anti-social behaviour.

We’ve rounded up some of the best log cabins you can rent this summer in the UK, from just £10pp per night.

Here is how you can still find a bargain holiday this year in the UK, despite many already selling out.