NOW we are out of the EU and are free once more to eat bent bananas and catch cod, many ­people think Great Britain will become a global powerhouse.

I’m not so sure. There’s little doubt that now we are out of the club, the 27 member states of the European Union will side with Argentina the next time they decide the Falklands are ­actually theirs. So we can wave goodbye to Port Stanley and all those penguins.

At the moment, what’s left of Great Britain is run by a man who’s fairly bonkers[/caption]

It’s the same story with Gibraltar. At the moment, this strategically vital lump of rock attached to the south of Spain enables us to keep an eye on exactly who and what is going into and coming out of the Mediterranean.

But when Spain takes it back — easy when the whole of Europe is on their side — it’ll be used as a platform from which to lob donkeys into the sea. And all the apes will end up in a paella.

Far away, in the South Pacific, we still have the Pitcairn Islands.

The population is just 50 but these remote outposts are a vital staging post for intercontinental internet cables.

Which means the Chinese want them.

And will we have the power, diplomatically or militarily, to stop the Red Dragon getting its way? I doubt it.

Northern Ireland? Well, a referendum on that is coming at some point and it seems fairly likely we will have to hand over the keys to the Taoiseach in Dublin.

And when Scotland votes for independence and sails off — without a currency or any oil — to forge a path on its own, we can be sure the Welsh will want some of that action as well.

So, in short order, the once-mighty British Empire will become just England.

And that’s a worry. Because the smaller the country, the more mad its leaders tend to be.

I know Trump and Putin don’t make much of a case for large countries, but they are nothing compared to the people who run the geographical ­minnows.

You have Scotland, which is currently run by a woman whose only policy is to bugger up Boris Johnson.

You have the Isle of Man, where they put lovesick jet-ski enthusiasts in prison.

At least we can eat our own cod[/caption]

You have Monaco, which is presided over by a penis attached to Prince Albert.

And then there’s the titchy state of North Korea, which is run by a man who uses anti-aircraft guns to kill people he doesn’t like.

At the moment, what’s left of Great Britain is run by a man who’s fairly bonkers.

But when we’ve been reduced to a country seven times smaller than Alaska, I dread to think who’ll end up in charge.

YOU ONLY DIE TWICE

Tanya Roberts, one of my favourite Bond girls, has died. Twice[/caption]

We’ve got a total lockdown which will surely last for months.

The weather is dreadful.

And Tanya Roberts, one of my favourite Bond girls, has died. Twice.

I don’t know how much she was paying the man, but it was too much.

LIVE ANOTHER DAY – AND CLOG THE WARDS 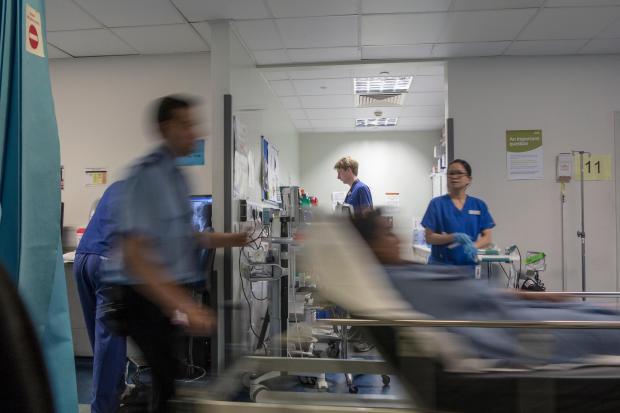 HERE’S a cheery observation from my doctor.

That’s why there’s such a shortage of beds then. Too many people aren’t dying.

WOKE ME UP WHEN IT’S OVER

THE BBC has announced it will show educational programmes throughout the day while the schools are closed. And credit where credit is due. That is a fantastic idea.

It means parents will be free to do what they do best when they are cooped up inside all day, which is: Get drunk.

I do worry, however, that because the BBC is so woke-tastic these days, the schedule might look a bit like this.

(Now rescue your parents, who are in the bog, talking to God on the great white telephone.) 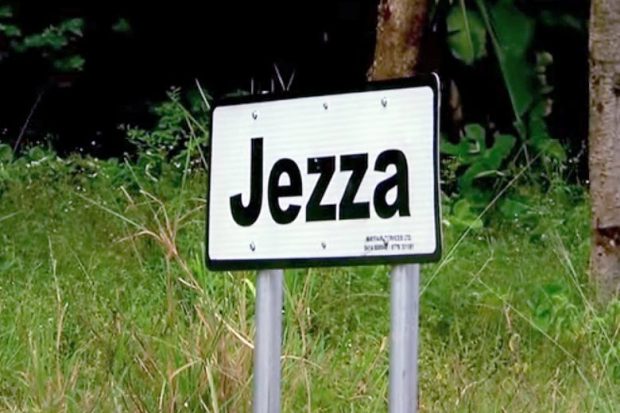 SO, it seems the people of Jezza, a wonderful ­little town in Uganda, east central Africa, have named their local church after me.

I’m not quite sure what I’ve done to deserve such an honour.

Maybe it’s something to do with my initials. Or maybe they heard that I’d come back from the dead after catching Covid.

Well, I’m sorry to pour cold water on that one but for me, Covid was nothing more than a small cold. If it’s worse for you, I shall pray for your swift recovery.

And who knows? Now I have my own church, that might even work.

ISRAEL’S GIFT OF THE JAB

If you put Usain Bolt in a race on his own, he will be nowhere near as fast as he would be against other people – like the race to get a vaccine deployed[/caption]

MANY people are wondering out loud how on earth Israel managed, in just a few days, to vaccinate 16 per cent of its population.

We thought we were doing well in Britain, but they are doing TEN times better. And they’re using the hard-to-handle vaccine that needs to be stored in a freezer at minus a million degrees.

One possible reason is that, like us, they have free health care for all, but there are FOUR different national health services which are encouraged to compete with one another.

As one doctor over there says: “We constantly need to be on our toes to keep our members.”

He says of the vaccination programme: “All four services are competing to prove to our members we can do it the fastest.”

There’s something in this. If you put Usain Bolt in a race on his own, he will be nowhere near as fast as he would be against other people.

And so it goes with health care. If there were four health services in this country and one announced it had run out of protective PPE equipment, you’d take your business to one of the others.

Net result. None of them would run out of PPE.

AS I’m being kept inside by both the law and the weather at the moment, I’m going a bit loopy.

Last night, at 10pm, the timer on my phone went off but I couldn’t for the life of me remember why I’d set it.

The next morning I found two very small pieces of charcoal in the oven which, the night before, had been baking potatoes.


Massive sinkhole swallows cars after opening up outside Naples hospital

Twitter should put messages with ­massive red signs saying: “Warning. This person is a moron” on accounts from the likes of Lauren Goodger[/caption]

I DON’T often say this, but Piers Morgan is absolutely right to describe antivax social media stars such as Lauren Goodger as “imbeciles” and “halfwits”.

It’s strange how Twitter has a hissy fit and adds cautionary notices on Donald Trump’s tweets when they disagree with what he’s saying, but freely allows people on to its platform to spout utter drivel about the vaccine.

They should cover all these messages with ­massive red signs saying: “Warning. This person is a moron.”

McConnell, Schumer fail to cut power-sharing deal amid filibuster snag
3 hours ago
Trump has talked to associates about forming new political party: report
3 hours ago
Trump stock performance falls short of Obama, Clinton
3 hours ago
Trump expected to pardon Bannon: reports
3 hours ago
Biden’s key national security picks had their confirmation hearings. Here’s what to know.
3 hours ago
3 Stocks That Could Win Big As The Biden Administration Takes The Wheel
3 hours ago