EUROPE’S largest intenvsive care unit is on the brink of being overwhelmed by a third wave of Covid-19 cases as staff are deployed to the frontline.

The University Hospitals Birmingham NHS Trust (UHB) is boosting its intensive treatment unit capacity to more than 250 beds, and will support capacity for 1,000 in-patients.

It currently has 125 Covid-positive patients in their intensive care units across its three main hosptial sites: the Queen Elizabeth and Heartlands Hospitals, both in Birmingham, and Good Hope in Sutton Coldfield, West Midlands.

A further 873 in-patients are being treated with coronavirus while the Solihull centre treats those without the bug.

In a statement, the trust said “every member of staff will be supported” as it scales-up capacity “to treat the rising number of Covid-19 patients”.

In the email, he said: “The trust position is one of extremes.

“We are at significant risk of becoming overwhelmed by Covid-19 patient[s] and specifically our ICUs are under immense pressure.”

The memo suggested the total ITU capacity could be scaled up to look after as many as 280 patients – inlcuding more than 200 at the main Queen Elizabeth site alone.

Staffs may be deployed to intensive care units from other departments as soon as the end of the week.

Mr Hewins said: “I appreciate this will represent a challenging experience for many but we have no other options…We must now stand together to face the full force of [the third] wave of the pandemic.”

Meanwhile, the trust has confirmed it has significantly more patients with Covid in its hospitals than it did during the first peak in April last year.

Last week, the region’s health chiefs said the coming days would be “absolutely critical” for the NHS in the West Midlands.

Speaking at the time West Midlands’ Mayor Andy Street said: “The next seven days will be absolutely critical in this fight.

“The data only reflects people’s behaviour – that is mission critical to the outcome.”

Yesterday, data from Public Health England showed that Liverpool and the West Midlands have now overtaken the South East and East of England.

Now chiefs at the Midlands’ biggest trust have moved to the next phase of response, by significantly and rapidly scaling-up treatment capacity.

It comes as Covid-19 deaths on Tuesday jumped by 1,243 on the second deadliest day ever but cases have fallen.

The total number of people who have died from the disease now stands at 83,203 as a mutant strain continues to rampage across the country.

And this has been the deadliest week in the pandemic so far – with an average daily death toll of 931 in the last seven days.

During the first wave of Covid early last year, the highest seven-day average – between April 6 and April 12 – stood at 920.


Student, 19, ‘raped & dumped in river’ after butcher ‘patrolled for victim’

In a response for a comment on the leaked staff memo, a UHB spokesman said: “We continue to expand our intensive care and acute medical teams so they are able to treat the rising number of Covid-19 patients and those who require time-critical surgery including cancer operations.

“Every member of staff will be supported by the Trust in delivering the best care wherever they are working.” 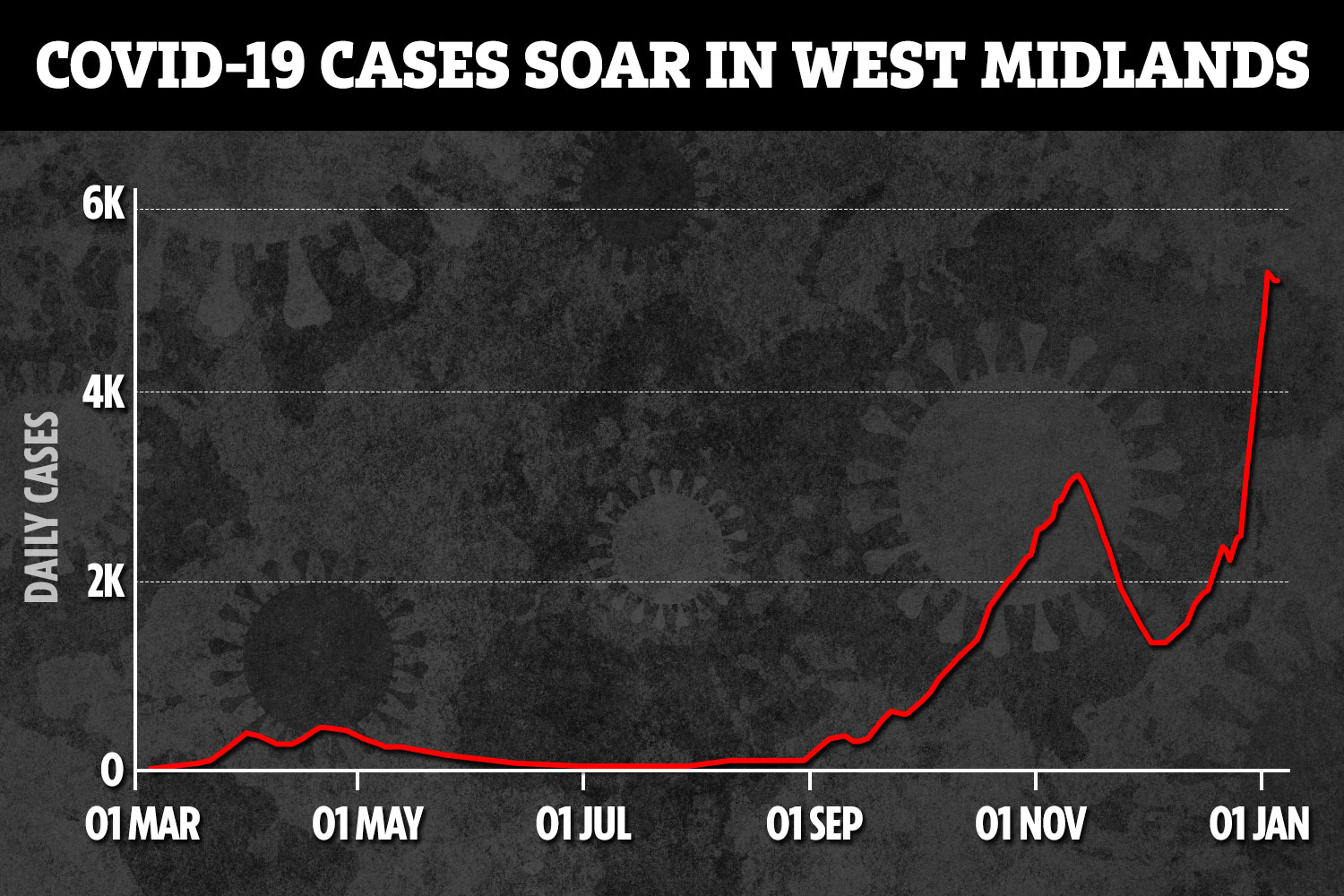 Joe Biden’s inaugural address gives hope to the millions who stutter
3 hours ago
Trump’s big gamble to gut US power plant emissions rules loses in court, opening a door for new climate rules
3 hours ago
Fauci makes the Biden administration’s debut at the WHO
3 hours ago
Tech platforms banned Trump. Now what?
3 hours ago
Why scientists are more worried about the Covid-19 variant discovered in South Africa
3 hours ago
The uneasy comforts of Joe Biden’s inauguration TV special
3 hours ago