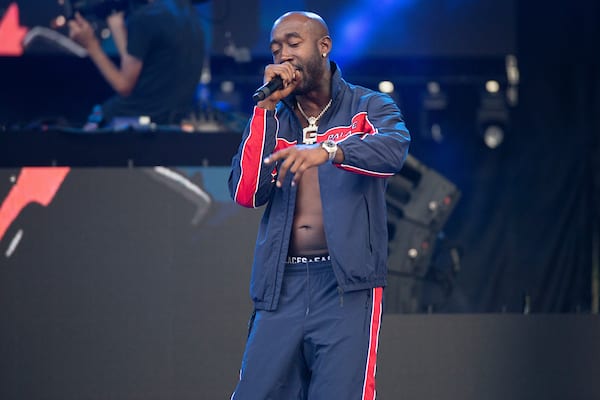 At the end of 2020, the old beef between Freddie Gibbs and Jeezy sparked back up. Now in 2021, Gibbs reveals that he is down to bury the hatchet with Jeezy, not so much with DJ Akademiks, his favorite Teletubby.

Gibbs spoke with Vulture and revealed the “Therapy For My Soul” diss from Jeezy’s The Recession 2 wasn’t major, however, in the past he did diss Jeezy out of a place of hurt.

“I don’t have beef with him like other people may. I think it was just two guys who didn’t communicate correctly. He had a vision, and I had my vision, and we just couldn’t come to a common agreement. I don’t hate the man or anything of that nature, not at all. At one point, I looked up to him. And I still respect everything that he did musically. I still listen to his music. So, like I said, man, maybe one day, who knows?”

Now for Ak, who was on the receiving end of jokes in one of the more comical social interactions of 2020 with Gibbs, that may not ever get repaired.

“The whole thing was corny,” Gibbs said. “I just feel like certain guys like that, their opinion don’t really matter. Why are we even listening to a guy like this? How did he get on? Twitch? He not a DJ. I ain’t got no problem with the kid. I seen that kid one day in L.A. before all of this started. And when I tapped him on the shoulder, he was hella spooked.”

Do you believe that Ak was shaking? Salute to Gibbs for being willing to peace it up with Jeezy.

The post Freddie Gibbs is Willing to Bury Beef with Jeezy, But Not Akademiks appeared first on The Source.