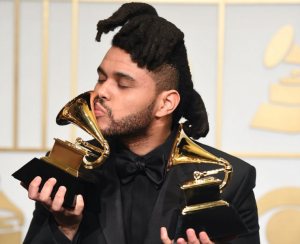 Many artists have boycotted the Grammys but none have seen results like The Weeknd after his 2021 boycott.

The Grammys announced a major change is coming to future award shows.

On Friday the recording Academy announced changes to the list of rules to “reflect its ongoing commitment to evolve with the musical landscape” and “ensure that the Grammy Awards rules and guidelines are transparent and equitable.”

The most notable  update is the decision to remove the nomination Review Committee which were groups of “15-30 highly skilled music peers who represented and voted within their genre communities for the final selection of nominees.”

The Weeknd dragged the secret committees After being tapped to perform at the award show but not receiving a single nomination despite having a commercially successful year.

“The Grammys remain corrupt. You owe me, my fans and the industry transparency…” He tweeted after the  2021 nominations were released ahead of the show.

The Weekend double down on his comments during an interview with The New York Times and said that he will continue to boycott The Grammys indefinitely.

“Because of the secret committees,” the singer told The New York Times, “I will no longer allow my label to submit my music to the Grammys.”

Harvey Mason Jr., chair and interim president/CEO of the Recording Academy, Said he understood why the weekend was disappointed about not being nominated.

“I was surprised and can empathize with what he’s feeling. His music this year was excellent, and his contributions to the music community and broader world are worthy of everyone’s admiration. We were thrilled when we found out he would be performing at the upcoming Super Bowl and we would have loved to have him also perform on the Grammy stage the weekend before,” Mason Jr. said.

What are your thoughts on the Grammys making this update after The Weeknd called them out ahead of the 2021 award ceremony?

The post Grammys To Drop Nomination Review Committee After The Weeknd Boycotts 2021 Award Show appeared first on The Source.

Boris to greenlight stage three of lockdown roadmap – ‘Not going to let virus beat us!’
6 hours ago
Princess Charlotte and Prince George seen playing with new puppy during day out with Kate
6 hours ago
WW3: CIA and MI6 received ‘emergency’ warning for ‘imminent nuclear strike’ from Moscow
6 hours ago
Prince Philip faced Queen’s wrath after security argument woke her – ‘What are you doing!’
6 hours ago
Brexit legal fight: Crackdown on Brits abroad may breach international law, says expert
6 hours ago
BBC exposed how France helped Argentina strike ‘arrogant’ Royal Navy ship during Falklands
6 hours ago
Chilling document emerges claiming to show China’s evil plan to ‘weaponise’ coronavirus
6 hours ago
Wake up to Brexit! Rees-Mogg tells MPs NOW is time to legislate after escape from EU
6 hours ago
Harry and Meghan accused of ‘trolling the world’ with hidden images of Archie
6 hours ago
Melinda Gates tapped divorce lawyers in 2019 after Epstein links to husband: report
6 hours ago
GOP braces for wild week with momentous vote
6 hours ago
Democrats hit crucial stretch as filibuster fight looms
6 hours ago