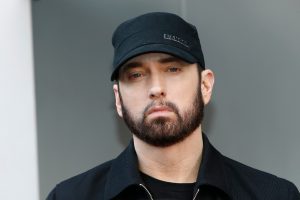 On this date in 1972, Marshall Bruce Mathers III was born in St. Joseph, Missouri and morphed into one of the greatest emcees of all time better known to the world as Eminem.

In celebration of his 48th birthday, we have gathered a list of Eminem’s best songs to play at your next party. We took a look into the lengthy career the superstar has had and picked out his best songs that will either kick off your party right or get people moving on the dance floor. While Em isn’t known for his club friendly songs, he has been putting out great music for over a decade that embodies if nothing else, himself.

Eminem stepped onto the mainstream scene with this song that contained clever and honest rhymes and a willingness to go after anyone in the industry. This video helped in skyrocketing the rapper’s career and also created an iconic visual representation for our first memories of Em. Although it was released in 1999, anyone in that era most likely can sing along to at least the hook of this song if not engaging in a full word for word rendition of the song.

Lyon attack: Gunman on run after shooting priest in French city days after Nice stabbing
2 hours ago
Ministers fear ‘anti-British’ Joe Biden could wreck UK/US trade deal
2 hours ago
UK weather forecast: Britain turns ICY BLUE in new chart – bitter blast expected
2 hours ago
Lockdown LOOMS as Boris calls urgent press conference – PM to address nation imminently
2 hours ago
What are you THINKING, Boris? Peston shames PM over lockdown -‘Catastrophic misjudgement’
2 hours ago
Black and Latino turnout lags white turnout in some key states. Democrats shouldn’t panic (yet).
2 hours ago
How a Michelin-starred restaurant became a pandemic takeout joint
2 hours ago
Study: Trump rallies may be responsible for an estimated 700 Covid-19 deaths
2 hours ago
As Trump downplays Covid-19, the US sets a world record for cases
2 hours ago
Sean Connery, legendary actor known for his role as James Bond, dies at 90
2 hours ago
How the polls look on the last weekend of the election
2 hours ago
98,000 new Covid-19 cases. And the worst may be yet to come.
2 hours ago