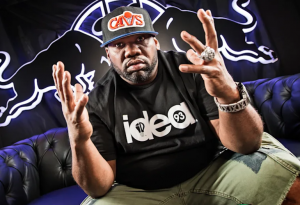 On this date in 1970, Wu Tang Clan swordsman and lyrical legend Raekwon The Chef was born in Staten Island, New York. The Staten Island based emcee is one of the Wu’s most celebrated artists, with his Only Built 4 Cuban Linx projects reaching cult like following proprtions. Along with his Wu bloodkin, Rae has appeared on every WTC project since the group’s inception in 1992, which led up to their monumental debut single “Protect Ya Neck”.

As for the Chef himself, Rae has released six solo albums plus the Wu Massacre project featuring his PNC Ghostface Killah and Method Man. Rae has also appeared in a couple of silver screen hits including the Hip Hop powered The Show and the race baiting flick Black and White starring Wu Tang manager Oliver “Power” Grant.

In 2009, Raekwon found religion and converted to Islam.

Happy born day to Shallah Raekwon, wishing him a great day and many more hereafter!

Meghan and Harry fear losing ‘more control’ to the Queen over Megxit
1 hour ago
BBC licence fee: Fury at recruitment of £325k bias monitor – ‘Beeb needs to be DEFUNDED’
1 hour ago
Prince Philip’s ‘fury’ at Meghan and Harry’s breakaway as Megxit review scrapped
1 hour ago
Amsterdam protests: Huge clashes as police turn water cannons on crowds throwing fireworks
1 hour ago
Sturgeon plots ‘final piece in the jigsaw’ with new indy taskforce to rip Scotland from UK
1 hour ago
Tax rise warning: Sunak planning new hikes – but stamp duty and council tax could be AXED
1 hour ago
Met Office warning: Danger to life alert as biblical rainstorms to smash UK for 72 HOURS
1 hour ago
Meghan Markle poll: Would you watch Thomas Markle’s documentary about Duchess?
1 hour ago
‘You pay, they preach!’ Britons urged to cancel TV licences to ‘force BBC to change’
1 hour ago
Rove: Chances of conviction rise if Giuliani represents Trump in Senate impeachment trial
1 hour ago
Debt cloud hangs over Trump post-presidency
1 hour ago
How Biden hopes to use executive actions to address America’s “compounding crises”
1 hour ago