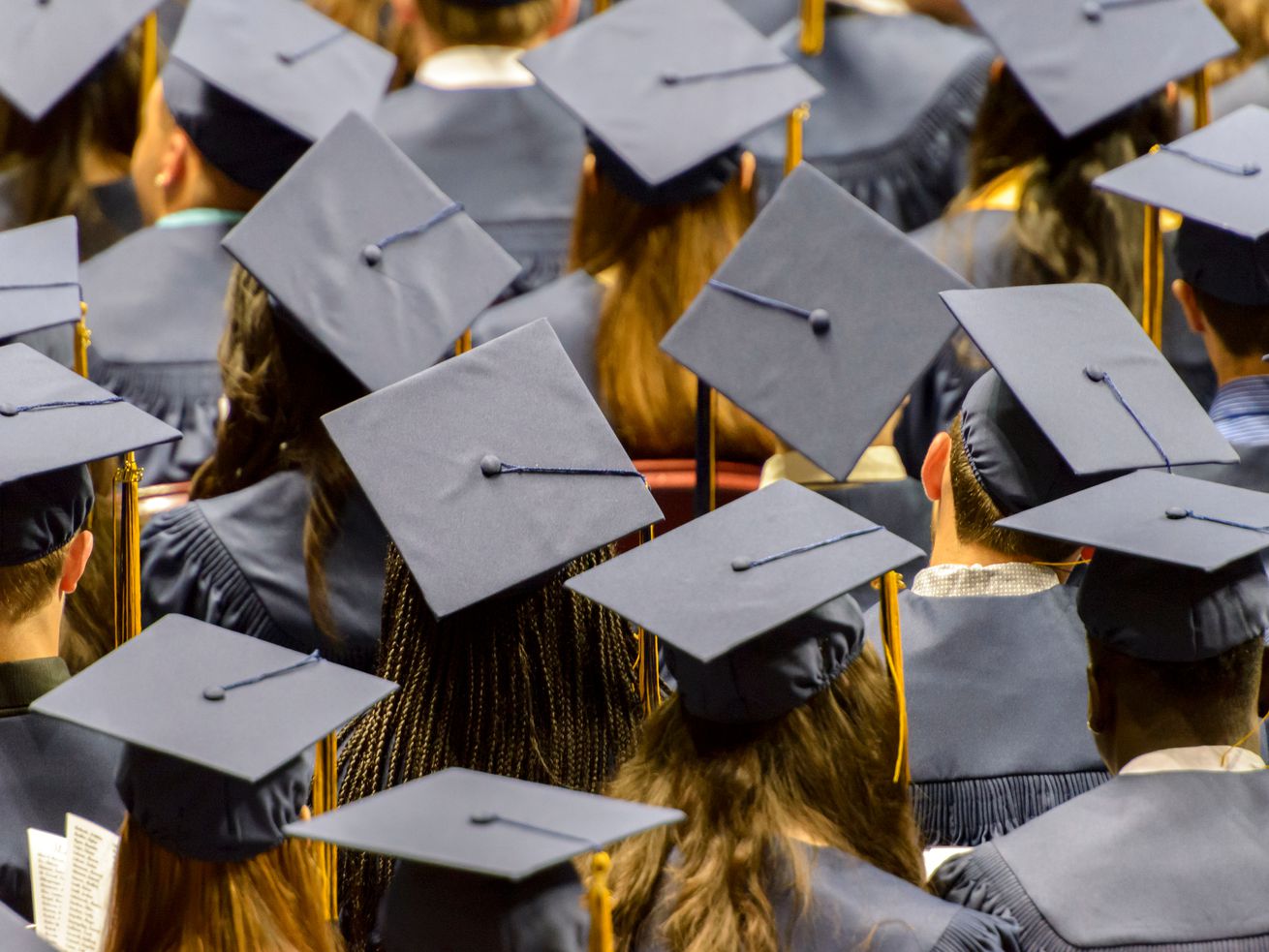 Boomers like me who paid off all of our student loans need to give millennials a break.

This is adapted from an essay originally published in 2019.

I paid off my student loans in full without assistance. Yet when, in a recent interview, Chuck Schumer floated the idea of President-elect Joe Biden cancelling the first $50,000 of student loan debt, editorialists suggest the plan will be interpreted as “unfair” to those of us who already paid off our loans — they’re certainly not speaking for me.

It’s the kind of argument designed to tug at our most selfish impulses while ignoring the economic and political transformations that have left a generation of college graduates struggling under an unprecedented mountain of student debt.

I graduated college in 1985 with $18,000 in student loans (about $42,500 in 2019 dollars), and then diligently paid them off over the next 10 years. As a father, I saved enough for my daughter’s education to assure that she could graduate college 100 percent debt-free. I’m not rich. I didn’t always make the best financial choices. But I worked hard, played by the rules, and made good on my debts. I could be the poster child for those claiming student loan forgiveness is “unfair.”

But you know what’s really unfair? The huge advantage I enjoyed graduating into the 1985 job market.

I graduated with a B.A. in history — not the most valuable field of study when it comes to job qualifications. But when I entered the job market in 1985, employers were eager to hire smart kids from good universities, whatever their degree. I got the first and only job I applied for — a cushy tech job I knew absolutely nothing about — at a starting salary of $35,000 a year. That’s about $82,000 in today’s money.

But that’s how the job market worked for white, male boomers like me back in the 1960s, ’70s, and ’80s: Companies actually invested in their employees, expecting to train you on the job rather than requiring a STEM degree or years of experience at an under- or unpaid internship or fellowship.

By comparison, I know smart, talented, debt-laden millennials who graduated into a post-Great Recession job market so mean and miserly that it literally had them eating out of Dumpsters. Except for those grads at the very top of the pay scale, our current tight job market hardly treats them much better.

Over the past couple decades, real median wages for college graduates have either stagnated or declined, even as the costs of achieving and maintaining a middle-class lifestyle have gone through the roof, especially childcare, health care, housing — and of course, college tuition. To be clear, the only reason I graduated with so much debt was I had the privilege of attending a pricey private university. But had I chosen to attend a public institution, I likely would have graduated free and clear. That’s not the case for young people today.

Whenever an old white guy like me reminds you that “I worked my way through college,” remind them that in the 1981-1982 academic year, the average in-state tuition and fees at a four-year public college or university was just $909 … back when the federal minimum wage was $3.35 an hour. That means I could have paid for my entire freshman year tuition and fees with less than seven weeks of full-time minimum-wage work at just about any shitty summer job. But over the past four decades, average public university tuition and fees have increased more than 11-fold, to $10,230 a year, while the federal minimum wage of $7.25 an hour has barely doubled.

Do the math: Today, the only way to work your way through college on the typical summer job would be to extend the summer break from June through February.

So why have public universities gotten so expensive? It’s not what you probably think. Adjusted for inflation, the cost of educating students at public universities has actually increased only modestly. Rather, it’s the price that’s gone through the roof, thanks in large part to a massive shift in costs from taxpayers to students.

According to the Center on Budget and Policy Priorities, student tuition as a share of total spending at our nation’s public colleges and universities rose from 24 percent in 1988 to 46 percent in 2015. And in some states, this shift in costs has been far worse. In my adopted state of Washington, once home to one of the most affordable public university systems in the nation, the funding split dramatically flipped from 70 percent state, 30 percent tuition in 1991, to 30 percent state, 70 percent tuition by 2013.

Boomers like me have pulled up the ladder behind us after being educated largely at taxpayer expense. No wonder young people have piled up more than $1.5 trillion in student debt.

My father, who grew up poor, used to tell us that he worked hard so that he could give his kids all the things he never had. And by far the greatest gift he gave us was the sense of economic security that defines what it means to be middle class. I want the same for my daughter, which is why it was so important to me that she graduate into today’s job market debt-free.

This isn’t the economy we boomers grew up in. Tuition is expensive, wages are stagnant, and housing prices are so outrageous that the only way my daughter will likely ever own a house in Seattle like the one she grew up in is if I die in it. And if my child deserves a debt-free college education, doesn’t every child?

So, yes, as a late-wave boomer with absolutely nothing to gain from a student loan forgiveness plan, I enthusiastically support both student debt forgiveness and debt-free college. Not just because it would be damn good for the economy by giving a whole generation saddled by debt more freedom to build up savings, buy homes, and contribute to the economy. But because I believe in the golden rule: Give unto future generations the same opportunities and privileges my generation enjoyed.

David Goldstein is a senior fellow at Civic Ventures, a Seattle-based public policy incubator, and a co-host of the podcast Pitchfork Economics.

EU demands Brexit deal reviewed in 10 years sparking anger from UK – ‘They don’t get it!’
5 hours ago
Joe Biden makes INCENDIARY Brexit intervention – NO BORDER on island of Ireland!
5 hours ago
Britain vows FIGHTBACK against EU threat to ban sale of our sausages in Northern Ireland
5 hours ago
Prince William fury: Duke backs father Charles as he blasts The Crown’s ‘unfair depiction’
5 hours ago
Moderna coronavirus vaccine may NOT stop transmission admits chief scientist
5 hours ago
Prince Andrew ‘vocal’ with Queen that Charles ‘shouldn’t be King’
5 hours ago

EU demands Brexit deal reviewed in 10 years sparking anger from UK – ‘They don’t get it!’
5 hours ago
Joe Biden makes INCENDIARY Brexit intervention – NO BORDER on island of Ireland!
5 hours ago
Britain vows FIGHTBACK against EU threat to ban sale of our sausages in Northern Ireland
5 hours ago
Prince William fury: Duke backs father Charles as he blasts The Crown’s ‘unfair depiction’
5 hours ago
Moderna coronavirus vaccine may NOT stop transmission admits chief scientist
5 hours ago
Prince Andrew ‘vocal’ with Queen that Charles ‘shouldn’t be King’
5 hours ago
‘Naïve’ Princess Diana ‘transformed’ by Australia tour with ‘put out’ Prince Charles
5 hours ago
Kate Middleton and William’s daughter Charlotte missing from family photos in new video
5 hours ago
test run
5 hours ago
Kate Middleton shows she is under ‘extra pressure’ in most recent appearance – expert
5 hours ago
Oxford-AstraZeneca vaccine is cheaper than Pfizer’s and Moderna’s and doesn’t require supercold temperature
5 hours ago
Testing sewage can give school districts, campuses and businesses a heads-up on the spread of COVID-19
5 hours ago