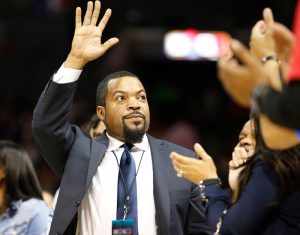 According to a recent tweet from Ice Cube, his interview with Chris Cuomo was cancelled and claims the network had already banned him from their platform and he doesn’t understand why they even inquired about an interview in the first place.

After clarifying once again that he is totally non-partisan in his pursuit to strive for better condition for Black people in the United States, the West Coast legend has still been heavily criticized for speaking to the Trump administration, even though he has been pretty transparent that he has went to both parties with “The Platinum Plan”.

Cube says that the Biden’s camp agreed to look over his four year proposal after the election.

The post Ice Cube Says He’s Banned From CNN After They Cancelled His Interview appeared first on The Source.