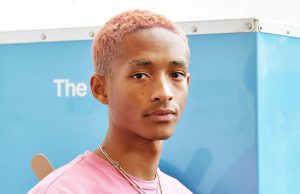 Jaden Smith is a jack of many trades. He’s fresh off the heels of the release of the third installment of his Cool Tape series, he’s an actor, and a philanthropist.

Jaden put most of his focus into his non-profit, 501cTHREE, that has done some incredible work so far. He invested in a filtered water box company called The Water Box, in response to the Flint water crisis, and they supplied 300,000 water bottles to Michigan communities, according to a new interview with Complex.

“I want to give back and I want to help, but I want to help in a way that’s more direct and straight to the point. I want to find somebody out in the world who needs help,” Jaden said. “I had the idea of wanting to go all over the world. I want to deploy filtration systems all over the world. There are so many people in the world that die from not having clean water, whether they don’t have enough clean water inside their body for their diet, or even just on the outside of their body, in terms of infections. There are so many terrible diseases in the world that are killing people—mostly small children—and it’s just terrible. I really wanted to get out there and help those places, and help people with water access needs.”

JADEN SMITH went on to explain how The Water Box provides 10 gallons of free water in 15 seconds. “We just wanted to give people access to water in Michigan in a way where they weren’t having to rely on donations from out of state. They were getting like two million bottles of water the first year, but the next year, the numbers were dwindling. We thought it’d be better to help give access to pure water right then and there, that was in the city. Especially with COVID, everybody needs bottles, so people aren’t donating much anymore.”