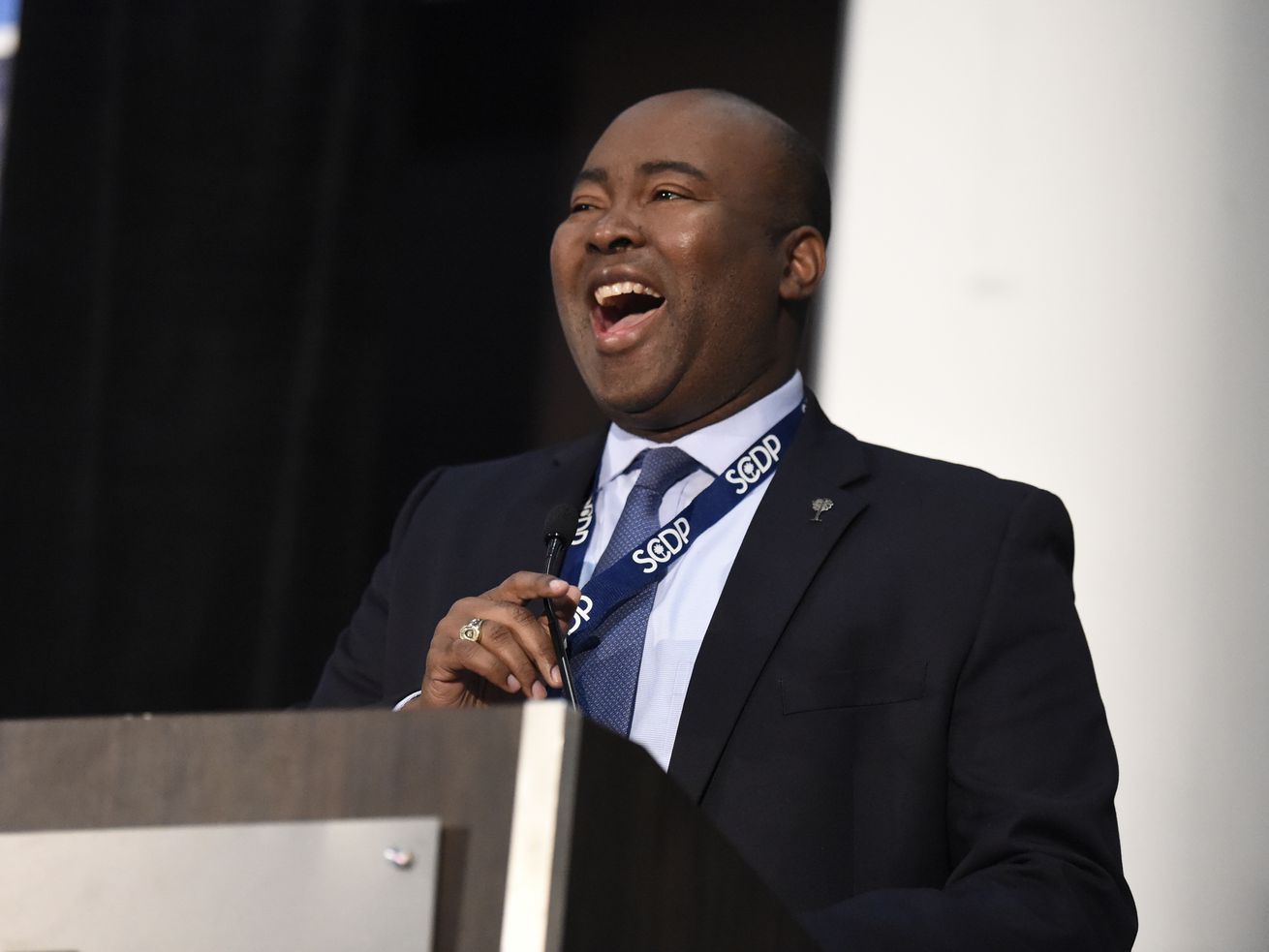 The South Carolina Senate race is a toss-up, and the Democrat just raised a record-breaking amount of cash.

Jaime Harrison, the Democrat challenging Sen. Lindsey Graham in South Carolina, raised a record-breaking $57 million last quarter in his bid to upset one of President Donald Trump’s most powerful allies in Congress.

According to Harrison’s campaign, it was the single-largest fundraising total over three months for any Senate candidate ever, topping the $38 million Beto O’Rourke raised in the third quarter of 2018 when he was running against Sen. Ted Cruz (R-TX).

Harrison’s unexpectedly strong challenge against Graham has been driven by the kind of grassroots support reflected in his remarkable fundraising. According to his campaign, the $57 million came from nearly 1 million individual donors who averaged $37 per contributions (some of them made repeat donations).

Cook Political Report moved the race into the “toss up” category in the last few days. The three most recent polls show the race effectively tied once you account for the margin of error (Harrison leads by one point in one survey, Graham leads by one in another, and the two are tied in the third). It is a striking turn for a state that hasn’t elected a Democrat to the Senate since 1998 (long-time incumbent Fritz Hollings) and that Trump carried by 14 points in 2016.

Trump’s current weakness in the state (polls show him leading Biden by a much smaller amount than his 2016 margin) and Graham’s struggles to shore up conservative voters have made the race more competitive than anybody anticipated at the beginning of the year.

“This race has earned a more competitive rating — underscoring just how fast the GOP majority is slipping away if they have to defend turf like this,” Jessica Taylor, an analyst for Cook, wrote, “and also how much Trump’s numbers have fallen across the board.”

Harrison, a 44-year-old former state party chair, began gaining ground earlier this year by airing positive television ads focused on his biography. He has also taken Graham to task over health care; the Republican authored one of the Senate’s Obamacare repeal bills that would have led to millions of people losing coverage, according to Congressional Budget Office estimates.

Covid-19 looms over the race as well, with Graham pointedly refusing to get tested ahead of his most recent scheduled debate with Harrison. (The candidates ended up doing separate interviews with the debate moderators instead.)

Graham has portrayed Harrison as a tool for the radical left and has worked to emphasize his own importance as the Senate Judiciary Committee chair. He’s also seized on the Supreme Court nomination of Judge Amy Coney Barrett to try to rally Republican voters to his side. Graham has shown a palpable sense of desperation in recent weeks, particularly with respect to fundraising, going on Sean Hannity’s Fox News show in September and asking the host and his audience to “help me.”

South Carolina is still a fundamentally Republican state, though it is experiencing the same kind of demographic shift that is making Georgia and North Carolina battleground states. In the end, the odds are probably against Harrison; Sabato’s Crystal Ball still rates the race as Lean Republican. Democrats don’t need South Carolina to win a Senate majority (Maine, Colorado, Arizona, and North Carolina are all more likely targets) but the competitiveness of the Graham-Harrison match-up is a good indicator of the favorable national environment for the minority party.

And this huge windfall of cash in the final weeks of the campaign could help push Harrison closer to an upset.