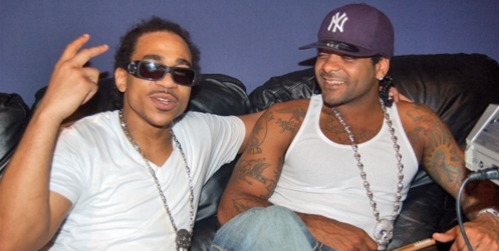 Jim Jones and Max B seemingly reconciled but Jim has no desire to work with Max once he’s released from prison.

Jones spoke to Jenny Boom Boom during a virtual interview and she asked him about working with the “Blow Me A Dub” rapper. “Nah, fuck Max B,” Jones said at the 5:39 mark. “Tell Max B suck dick. Fuck outta here.”

Jenny tried to get Jones to elaborate and he added that the people around him “don’t play” with him about that topic. “No, people don’t play with me with that conversation. Ain’t nobody can tell me nothin’ about that,” he responded. “That’s the first thing I say. You heard? If that’s how you feel, that end the deal for anybody. No Max talk in my conversation. Period.”

Max B spoke on his feud with Jim Jones earlier this year describing the situation as “egos clashing.”

“It was just egos clashing. A lack of respect. That shit don’t mix well, and next thing you know, we beefing,” he said. “So, as far as the content or whatever, it should’ve went a different way. I think today, we would’ve handled the situation different.”

Max believes that now that time has passed and they’re older, they’ll be able to figure things out one day. “We was young,” he added. “We was all crazy. And now we here. We older. We got kids. And people looking at us. We gotta set the right example. We can’t be looking crazy out here. So, it is what it is. It’s all love. I’m trying to get back on that plate.”

The post Jim Jones Doesn’t Plan to Work With Max B When He’s Released From Prison: ‘F*ck Max B’ appeared first on The Source.