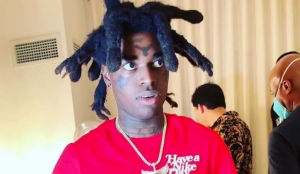 According to a report from AllHipHop, Kodak Black has finally reached a plea deal in is pending sexual assault case stemming from an incident five years ago.

Originally charged and indicted for first-degree criminal sexual conduct, the victim alleged that Black sexually assaulted her in a hotel room following his performance in South Carolina.She claimed Black forced her to have sex with him despite her pleas of “no” and “stop”. She also alleges that the Florida rapper bit her on the neck and breast during the incident.

Black has now pleaded to a lesser charge of first-degree assault and battery, which brought the time down he was facing from 30 years to 10 years. Also, the ten years of active prison time was suspended for 18 months of probation. He must also undergo counseling and apologize to the victim.

Black responded to his sentence on Twitter, saying he’s just happy to end the case that has spanned the course of five years.

Why Facebook created its own ‘supreme court’ for judging content – 6 questions answered
5 hours ago
What causes miscarriages? An expert explains why women shouldn’t blame themselves
5 hours ago
Early humans used fire to permanently change the landscape tens of thousands of years ago in Stone Age Africa
5 hours ago
Taste alone won’t persuade Americans to swap out beef for plant-based burgers
5 hours ago
Arizona Republicans to brush off DOJ concern about election audit
5 hours ago
Jessica Alba’s net worth skyrockets in Honest Company IPO
5 hours ago