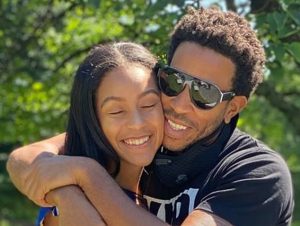 Ludacris is taking his talents to Netflix with his upcoming animated series, Karma’s World, about a 10-year-old girl who wants to rap.

The main character is based on his oldest daughter, Karma Bridges, and the interactive education website of the same name.

“I’ve had a lot of accomplishments in my life, but everything that I’ve experienced seems to have led up to this point to where I can leave a legacy for all my daughters,” Ludacris said. “Karma’s World is one of those legacies. I hope this series will show kids that there are many ways to overcome difficult situations. This show is going to move hip hop culture forward, and show young girls that they have the power to change the world. This project has been a long time in the making and I can’t wait to bring Karma’s World to the entire world.”

Luda’s production company, Karma’s World Entertainment, is one of the partnering producers of this series.

The post Ludacris to Produce Netflix Animated Series ‘Karma’s World’ Based on His Daughter appeared first on The Source.

Kate Middleton and William share emotional moment with new TV friend during latest outing
2 hours ago
Royal Family BANNED from singing national anthem on Remembrance Day over COVID fears
2 hours ago
UK weather forecast: Met Office issues ‘danger to life’ warning as Storm Aiden strikes
2 hours ago
Police make arrests as FURIOUS Muslims protest against French Muhammed cartoons in London
2 hours ago
Anti-lockdown riots explode across Europe – police attacked in Burgos and Florence
2 hours ago
Coronavirus horror: Boris Johnson to announce second NATIONAL LOCKDOWN next week
2 hours ago
Rishi Sunak’s ‘vital lifeline’ for Britons in the run up to Christmas
2 hours ago
Spain in chaos: Police RUN OVER protestor in Barcelona as angry locals launch SMOKE BOMBS
2 hours ago
SNP civil war: Humiliation as ‘Plan B’ for Scottish independence shut down by OWN party
2 hours ago
EU sues UK in bizarre legal threat – outrageous letter demands UK play by Brussels rules
2 hours ago
What Day of the Dead tells us about the Aztec philosophy of happiness
2 hours ago
What it’s like to lose a presidential election
2 hours ago