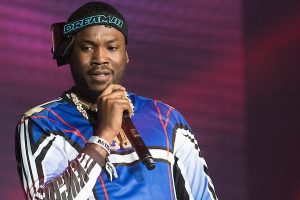 Meek Mill has emerged to be one of Hip Hop’s most controversial rappers. Just last week the Philadelphia rapper got into a parking lot altercation with Tekashi 69. Both rappers shared the video of the altercation on social media after Meek Mill claims that 69 popped out on him and his team as they were exiting an event.

Shortly after that, Meek Mill then got into an Instagram beef with Wack 100 after the manager of the game posted a video on his Instagram stating that “the rat attacked the cat.”

This week the “Litty” rapper is under fire for a bar he mentioned in a leaked song with him and Lil Baby. “And if I ever lack I’m going out with my chopper, it be another Kobe,” the rapper stated on the track referencing the January 26th helicopter crash that killed Kobe Bryant, his daughter, and seven others.

Although it seems cancel culture has found their next victim, Meek Mill doesn’t seem to be phased that the single has surfaced. “Somebody promo a narrative and yall follow it… ya’ll internet antics cannot stop me …. sh*t like zombie land or something! Lol,” he stated.

“They paying to influence ya’ll now … it’s almost like mind control “wake up.”” he continued.

Since then, the clip of the song has been removed and the account that posted the clip has been suspended.