MEN with big noses do have larger willies, scientists say.

Research revealed that they are about 30 per cent bigger below than guys with tiny conks. 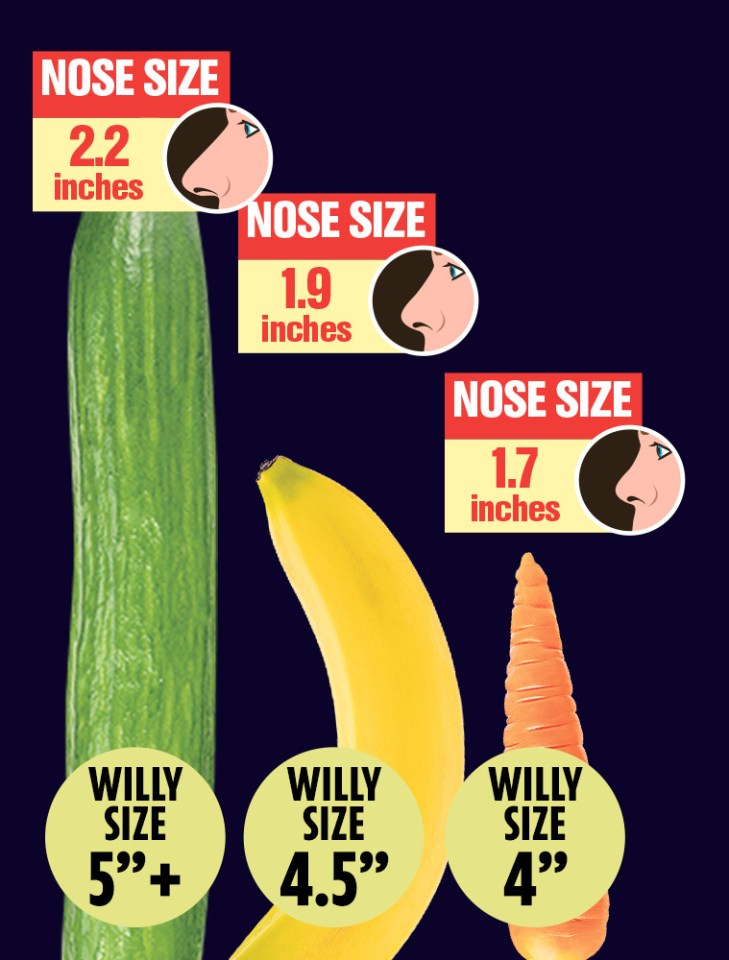 They said it may be down to exposure to key hormones, called androgens, in the womb.

Levels in pregnancy are thought to affect the size of some body parts.

Those with a nose length of around 1.7in had an average non-erect penis size of 4in.

But fellas like singer Barry Manilow with a hooter of at least 2.1in boasted 5.3in.

Most read in UK News


Gran, 55, dies of Covid despite TEN negative tests after hernia op at hospital

However, package size bore no relation to body shape, weight or age.

Dr Hiroshi Ikegayal said the study, reported in the journal Basic and Clinical Andrology, is the first to show a link.