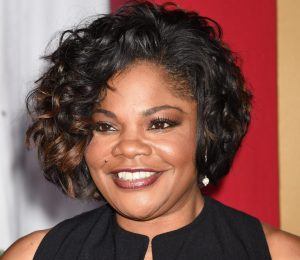 Mo’nique is not taking her heels off of Tyler Perry’s neck, who she recently demanded a public apology from.

She was inspired by HBO Max’s Fresh Prince of Bel-Air reunion which we got a chance to see Will Smith and Janet Hubert end their 27-year feud.

“Hats off to Will Smith for apologizing for what he did to Janet Huberts (everybody’s Aunt Viv) career/life when he was young,” she wrote in a Thursday, Nov. 19 Instagram post, adding that he promised to make a public apology to her. “Perhaps Tyler Perry, who has admitted in private that he was wrong will follow suit & be man enough to apologize in public like he promised. We’ll work on Oprah [Winfrey] & Lions Gate a little later.”

The comedian added, “”P.S. Tyler you won E! PEOPLES CHOICE AWARD for being the peoples champ for your body of work. Tell the truth about a women named Mo’Nique who did nothing wrong & be a champion for the individuals who supported your career for years….THE BLACK WOMEN…PLEASE SWIPE TO HEAR TYLER PERRY SAY IT WITH HIS OWN WORDS.”

Monique added an audio recording allegedly of Tyler Perry calling her “brilliantly talented” and admitting that she should “have a lot more happening.”

“I thought for sure that if you had campaigned and won it and played by their rules, what would have happened is in the Netflix deal, you would have gotten millions of dollars, then your career in film would have been much different,” the person on the audio said. “I believe that much in your talent.”

What are your thoughts?

The post Mo’nique Demands Public Apology From Tyler Perry After Will Smith and Janet Hubert Make Amends appeared first on The Source.