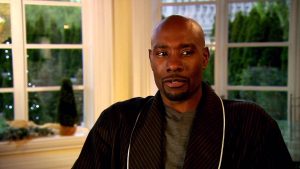 The second installment of the Best Man series was released about seven years ago and the ending alluded that there will be a follow-up. Morris Chestnut confirmed that the third part is in “motion as we speak” in a recent interview.

“I can tell you this right now, literally, I was on a call recently and the band is working on getting back together again. There’s some motion. Things are in motion literally as we speak,” he told The Real co-hosts.

The classic Best Man movie was released in 1999, and the Best Man Holiday came out in 2013.

Taye Diggs who also stars in the franchise said the movie may be adapted into a television series. “I do think it will happen. We’ve all been in discussions with the director Malcolm Lee. I think it might end up being a TV series, maybe on a streaming platform. But the script has already been written, so we’ll see.”

The ending of the second installment left off with Terrence Howard‘s character, Quentin, as the focal point, but the veteran actor announced his retirement in 2019. He said he’s “done with acting. I’m done pretending.”

So it’s unclear if he’d come out of retirement temporarily for the Best Man.

The post Morris Chestnut Confirms ‘Best Man 3’ is in ‘Motion As We Speak’ appeared first on The Source.