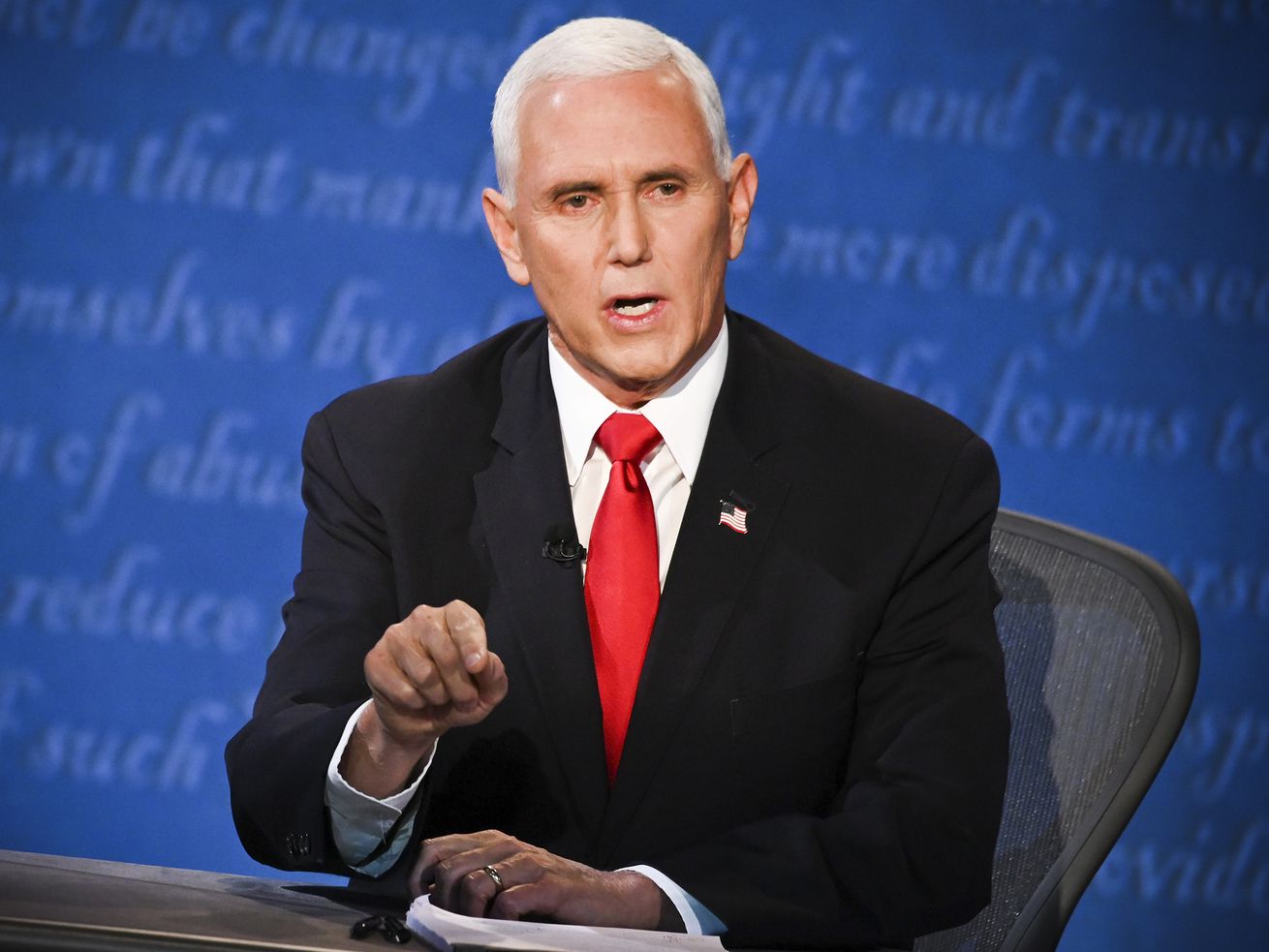 Among the similarities between President Donald Trump and his No. 2: Vice President Mike Pence didn’t mind interrupting his debate opponent, either. According to data from NBC News, Pence interrupted Kamala Harris roughly twice as many times as she interrupted him during Wednesday’s vice presidential debate.

It’s a pattern that’s in line with research about how comfortable men are interrupting women in many contexts, including meetings: According to a 2014 study from George Washington University, men interrupted 33 percent more when they were speaking with a woman versus a man, and women didn’t interrupt to the same degree.

Ultimately, Pence interrupted Harris 16 times, based on the NBC data, while she interrupted him nine times. Both are a far cry from how frequently Trump did the same to former Vice President Joe Biden and former Secretary of State Hillary Clinton, though Wednesday’s breakdown still speaks to a broader dynamic of male candidates being willing to talk over female ones.

Harris repeatedly made clear that she wouldn’t stand by as it happened. “Mr. Vice President, I’m speaking,” she said on multiple occasions, actively calling out Pence on his behavior. Her exasperation may not have won everyone to her side, but it did resonate with many women on social media who have had this same experience. After the debate, a similar dynamic even appeared to play out on a CNN panel.

“Mr. Vice President, I’m speaking” @KamalaHarris is every woman who has ever been talked over in her workplace. #VPDebate #GenderLens2020

Amazing moment just now on CNN where Gloria Borger, the sole woman on a panel with 4 men, starts to explain what it was like for women to watch Kamala get repeatedly interrupted but can’t finish because the men on the panel interrupt her. And she says “Mr Santorum, I’m talking.”

The interruptions weren’t the only times Harris pushed back on Pence’s tone and approach.

In one instance, Pence questioned Harris’s record on criminal justice as California attorney general — on which she’s also faced scrutiny from progressive activists — by seemingly portraying himself as the authority on the criminal justice system. Harris both attempted to respond to the critique and questioned why he was attempting to lecture her on an area where she’s an expert.

“I will not sit here and be lectured by the vice president on what it means to enforce the laws of our country,” she said.

Pence’s approach and demeanor throughout the debate — including his unwillingness to answer questions posed to him about pivotal issues including health care, while pressing Harris to provide responses to him — read like a condescending double standard that many women encounter in the workplace, Rep. Alexandria Ocasio-Cortez noted in a tweet.

Pence demanding that Harris answer *his* own personal questions when he won’t even answer the moderator’s is gross, and exemplary of the gender dynamics so many women have to deal with at work.

As Pence made evident on Wednesday, although his and Trump’s styles may be different, both are more than comfortable taking performative postures — and talking over others to do it — while often lacking substance themselves.