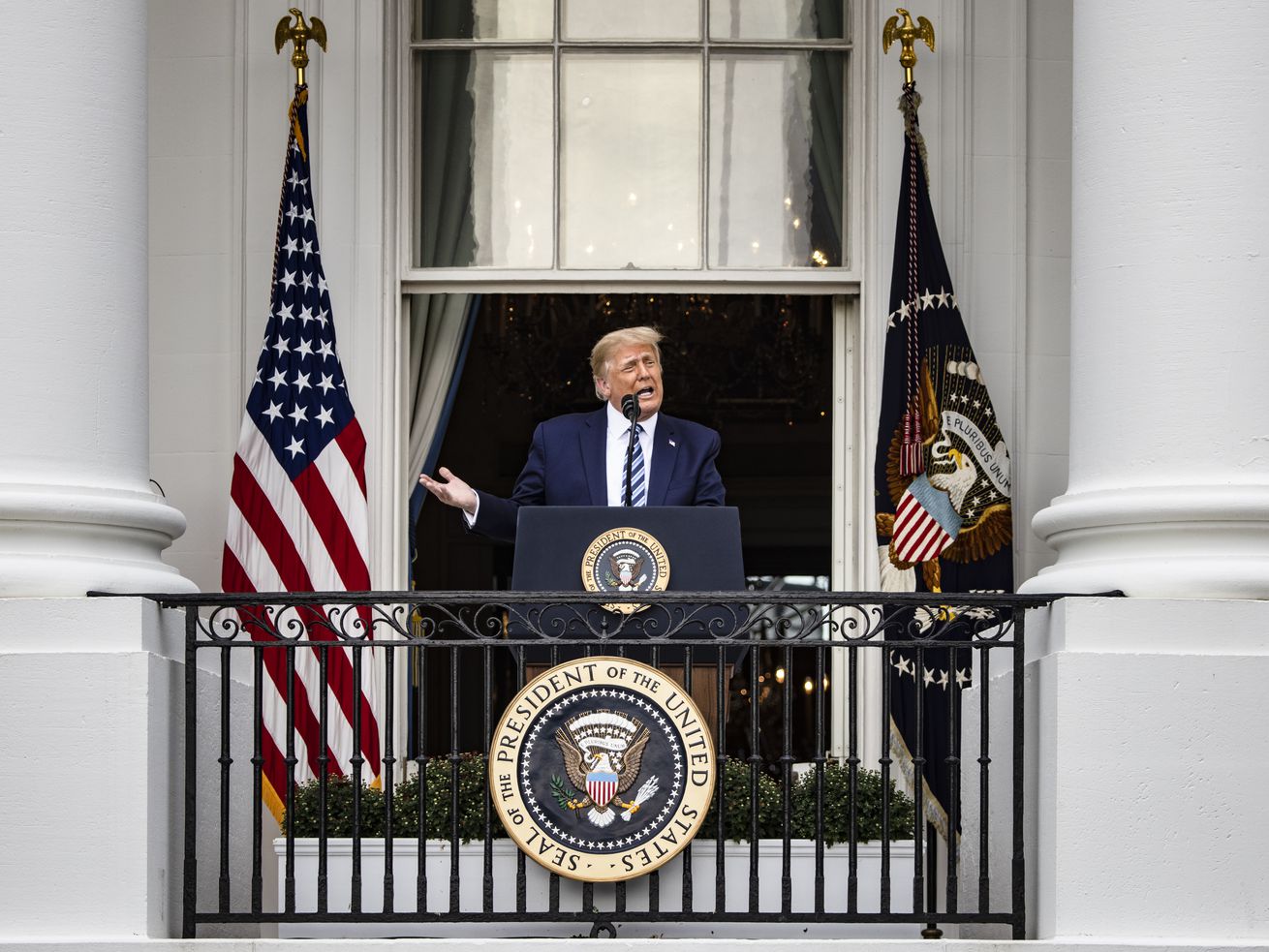 Joe Biden’s polling lead has gotten huge. But Trump could still make up a lot of ground.

With millions of votes already cast and just three weeks until Election Day, President Donald Trump does not appear to be making up ground in his reelection race against Democratic presidential nominee Joe Biden.

An ABC News/Washington Post national poll released Sunday found Biden leading Trump by 12 percent points, 54 percent to 42 percent, with the Libertarian and Green Party candidates together attracting just 3 percent of likely voters. The poll was conducted entirely after Trump’s October 5 discharge from Walter Reed Medical Center, where he was treated for Covid-19. It shows Biden doubling his lead from the last ABC/Post poll, which found Biden up 6 percentage points in late September.

And the ABC/Washington Post results align with other recent polls as well. The University of Southern California’s tracking poll also posted new findings on Sunday and found Biden up 12 percentage points. A massive Pew Research Center poll, which surveyed more than 10,500 voters, showed a 10 percentage point lead for Biden earlier this week.

This has been a steady race, with Biden holding a meaningful lead throughout the campaign — a marked difference from 2016, when the polls were much more volatile. Trump needs good news if he’s going to turn his campaign around. He’s not getting it.

All of these polls were conducted nationally, and, of course, presidential elections are not won by the national popular vote. However, Trump hasn’t made much progress in the battleground states he will need to win to secure 270 votes in the Electoral College, either.

If he can’t win at least one state in the Midwestern trifecta — Michigan, Pennsylvania or Wisconsin — that won him the White House in 2016, Trump effectively has no path to 270 Electoral College votes, barring the highly unlikely scenario that he is able to flip states considered safely Democratic on Election Night.

In the most important swing states, the odds are against Trump right now, based on FiveThirtyEight’s polling average:

Two of the more Republican Midwestern states, Iowa and Ohio, are also drifting away from Trump after he won them by 8 percentage points or more in 2016:

Biden also leads Trump by 3 or 4 percentage points in both Arizona and Florida, two additional states Trump won in 2016 that Democrats don’t need to win to prevail in the Electoral College, but that would pad the margins of a Biden victory — making it harder for the president to challenge the results.

Trump, meanwhile, doesn’t appear to be in serious competition to win any of the states where Clinton triumphed in 2016. Minnesota and Nevada have been considered the most likely targets for any map expansion on Trump’s part, but Biden is leading by 9.2 percentage points in the former and 6.8 percentage points in the latter, per the FiveThirtyEight averages.

Taking Biden’s strength in national and state polling together, FiveThirtyEight’s 2020 election forecast gives Biden 86 in 100 odds of winning the presidency. That is substantially higher than Clinton’s 71-percent chance on Election Day 2016.

That translates to about a 1-in-7 chance. Let’s call it 1-in-8 to make the math easy. We did this ad nauseum in 2016, seemingly to little effect, but that 1-in-8 chance is roughly the same chance of having three kids, all boys. That’s not unusual. Trust me! 3/

If you rounded the other way, to 1-in-6, you’d have the chances of losing at Russian Roulette. Again, if you were playing Russian Roulette, you’d be really nervous, and probably focused on the ways you could lose, rather than win. 4/

How could that happen? Well, the polls could tighten over the final weeks of the race, as undecided voters make up their minds, and perhaps as Republicans skeptical of Trump ultimately decide to stick with their party. Pollsters could also be missing some Trump voters, leading them to underestimate his support as they did in critical states in the 2016 election.

In an interview with the New Yorker’s Isaac Chotiner, Trende pointed to Trump’s job approval — currently a few points higher (43.6 percent in the FiveThirtyEight average) than his average support in election polls (41.9 percent) — as one possible indicator of Trump’s ability to make up ground in the final weeks.

But, at this point, it seems fair to say everything would need to break right for Trump, and the polls would once again need to be significantly wrong, for the president to win another term. The New York Times has a feature that estimates what the 2020 result would be if the state polls are as far off as they were in 2016 and, even under that scenario, it still projects a Biden win.

Of course, when using polls to attempt to predict future events, it is important to never say never. The 2016 election was a searing reminder that events with a 1-in-4 or 1-in-6 chance of happening can, and do, in fact happen.

But with millions of people having already voted — and many others have already made up their minds — the polls suggest time may be running out for Trump to shake up the 2020 campaign.

Report: Massachusetts rarely fires state troopers, “no matter what they have done”
6 hours ago
The US is plagued by long voting lines. Here’s how other countries do it better.
6 hours ago
10 countries where you can retire on just $100,000
6 hours ago
Rowan Street’s Kopelevich: Why I Sold Box Inc (BOX)
6 hours ago
Loop Drops 6% On SEC Subpoena; Roth Sees 104% Upside
6 hours ago
GLOBAL MARKETS-Asian markets under pressure as Wall St falters, COVID-19 cases rise
6 hours ago

Report: Massachusetts rarely fires state troopers, “no matter what they have done”
6 hours ago
The US is plagued by long voting lines. Here’s how other countries do it better.
6 hours ago
10 countries where you can retire on just $100,000
6 hours ago
Rowan Street’s Kopelevich: Why I Sold Box Inc (BOX)
6 hours ago
Loop Drops 6% On SEC Subpoena; Roth Sees 104% Upside
6 hours ago
GLOBAL MARKETS-Asian markets under pressure as Wall St falters, COVID-19 cases rise
6 hours ago
Guinea opposition candidate claims victory, violence erupts
6 hours ago
Kristin Cavallari on dating, ‘Laguna Beach’ reunion and that Stephen Colletti photo
6 hours ago
Bob Saget supports Lori Loughlin ahead of prison sentence: ‘She’s a sweetheart’
6 hours ago
Toobin suspended by the New Yorker, steps away from CNN
6 hours ago
The It List: New TLC series ‘I Love a Mama’s Boy’ debuts, Sacha Baron Cohen drops politically-charged ‘Borat’ sequel, Bill Murray and Sofia Coppola reunite for ‘On the Rocks’ and the best in pop culture the week of Oct. 19, 2020
6 hours ago
Dax Shepard talks about secretly buying opiates amid recent relapse: ‘It didn’t pan out — as you would expect’
6 hours ago