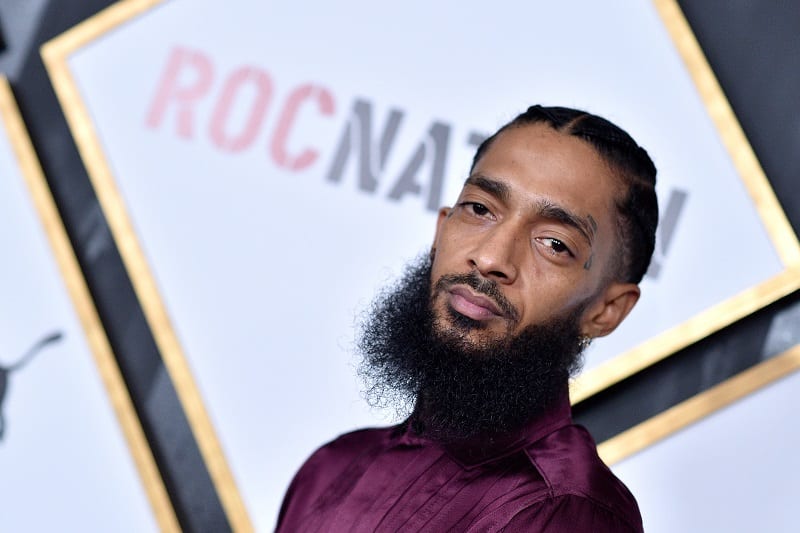 TMZ reports that the late rapper’s brother, Samiel Asghedom, is suing Crips LLC for attempting to file a trademark to Nip’s infamous “The marathon continues” slogan.

A few months after the Victory Lap rapper was fatally shot, the Los Angeles-based organization filed the trademark for “various services” including clothing.

Nipsey’s family already expressed their disapproval and the street gang apologized and said they’d withdraw the filing. “We respectively vow to support the wishes of Lauren London (Nipsey’s longtime girlfriend) and the Asghedom family,” the Crips wrote.

But it looks like they’ve had a change of heart and justified their use of the slogan. “The Crips organization has long used the phrase ‘The Marathon Continues’ as our ideology slogan in the past. Ermias, became a well-known Crip and the phrase became popularized,” they stated.

Do you think the Crips have a point or should they fall back like they initially said they would?

Lyon attack: Gunman on run after shooting priest in French city days after Nice stabbing
1 hour ago
Ministers fear ‘anti-British’ Joe Biden could wreck UK/US trade deal
1 hour ago
UK weather forecast: Britain turns ICY BLUE in new chart – bitter blast expected
1 hour ago
Lockdown LOOMS as Boris calls urgent press conference – PM to address nation imminently
1 hour ago
What are you THINKING, Boris? Peston shames PM over lockdown -‘Catastrophic misjudgement’
1 hour ago
Black and Latino turnout lags white turnout in some key states. Democrats shouldn’t panic (yet).
1 hour ago
How a Michelin-starred restaurant became a pandemic takeout joint
1 hour ago
Study: Trump rallies may be responsible for an estimated 700 Covid-19 deaths
2 hours ago
As Trump downplays Covid-19, the US sets a world record for cases
2 hours ago
Sean Connery, legendary actor known for his role as James Bond, dies at 90
2 hours ago
How the polls look on the last weekend of the election
2 hours ago
98,000 new Covid-19 cases. And the worst may be yet to come.
2 hours ago