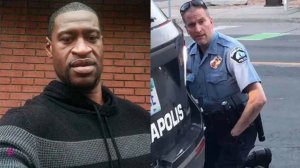 According to several confirmed reports, former Louisville Police officer Derek Chauvin, the cop seen with his knee in George Floyd’s neck, which ultimately led to his death, was released from prison after posting a million dollar non-cash bond.

Chauvin’s bail was $1.25 million or $1 million with conditions. Out of all four officers, Chauvin was the last to be released from custody, while the others are currently seeking to change the venue of their trials due to safety concerns.

The post Officer Charged in George Floyd Death Released From Jail On $1M Bond appeared first on The Source.