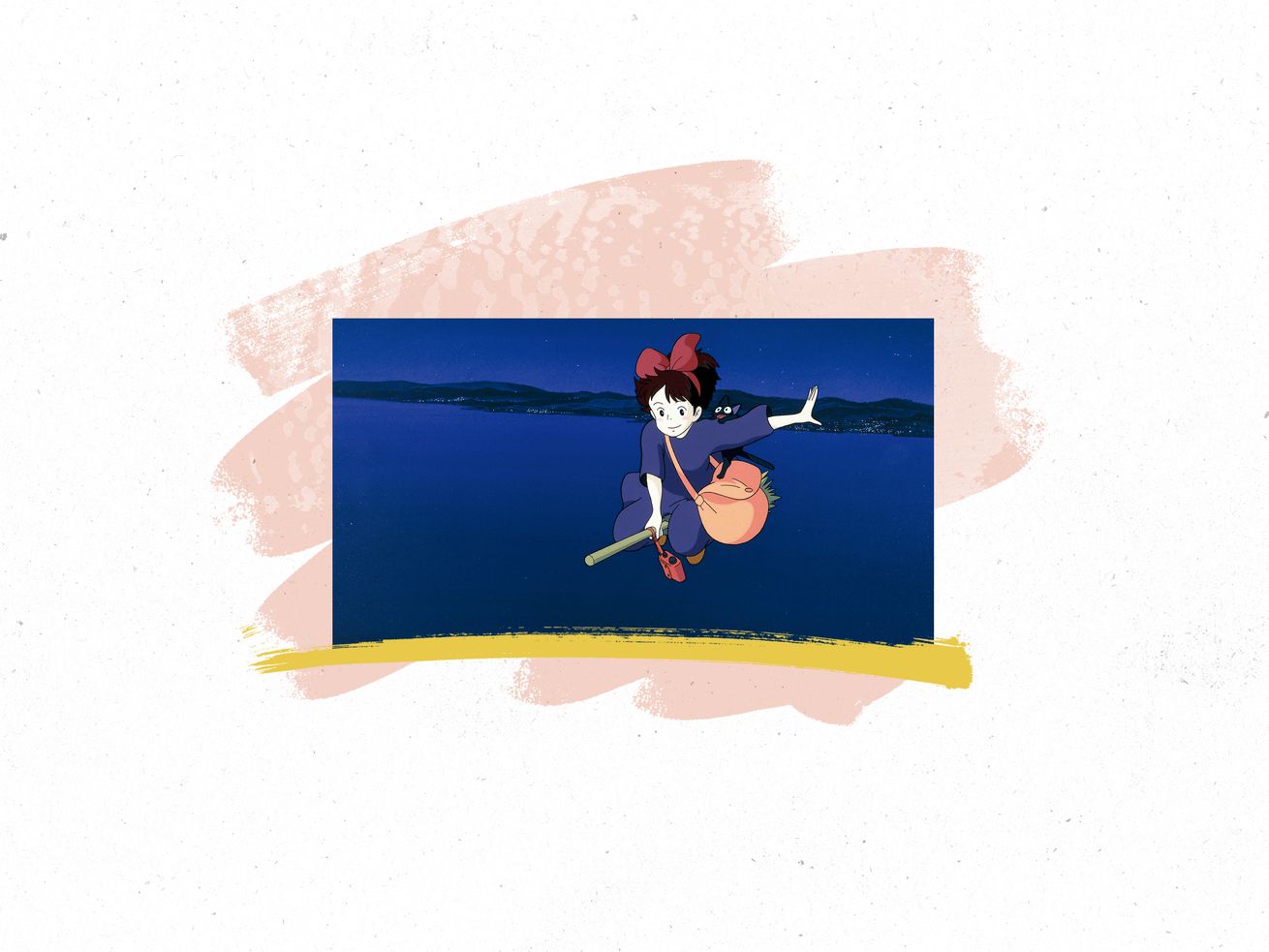 The Studio Ghibli classic is the most wistful movie about teen witches ever.

One Good Thing is Vox’s recommendations series. In each edition, we’ll tell you about something from the world of culture that we think you should check out. This week, in honor of Halloween, we’re summoning five recommendations involving witches.

The mood swings, the acne, the awkwardness, the loneliness: There is no good advice for how to survive the many inevitable plagues on our teenage years. But Kiki, the teenage witch at the center of Studio Ghibli’s masterful animated film Kiki’s Delivery Service, provides a stellar example of how to make it through the terrible teen years that will resonate even if puberty is way behind you. (And it may even become your favorite movie of all time, if you’re like me, who has loved this movie since she was five years old.)

Kiki suffers through age 13 with a beautiful dose of literal magic, dangling the promise of something fantastical in front of a powerful coming-of-age story. The anime film was released in 1989, just ahead of a glut of 1990s pop culture that focused on teenage girls. Kiki did the whole figuring-herself-out thing first — way before Britney Spears came along and made the sentiment of “I’m Not a Girl, Not Yet a Woman” so catchy and radio-friendly.

Kiki’s Delivery Service operates on two levels: First, it’s a delightful film about the adventures of a young witch. Kiki’s learning how to ride her broom, making friends with humans instead of only hanging out with her black cat, and figuring out what her special magical talent is. Kiki hails from a town where every woman is a witch, and in her world, formal witch training starts at age 13. Girls are given a broom and a black dress; then, they’re off on their own to find a witch-free city or town where they feel they will be able to adequately challenge themselves to master their magic. And in the process, they must hone a special skill that best suits their personality and particular witching abilities.

Once Kiki chooses a place where folks have only heard tell of witches, she spends a lot of time trying to win people over, all while banging into walls and failing to gather her inner magical powers to get her broom flying. Her trials and errors can be funny to watch, but they’re also dreamy to think about: What might it be like to be in her shoes and learning how to fly?

Kiki’s training quest is exciting to watch for anyone who likes magic and broomsticks and black dresses, although director Hayao Miyazaki’s portrayal of witchiness isn’t like that of, say, The Wizard of Oz or Halloweentown. (A closer corollary might be the original Sabrina the Teenage Witch TV series on ABC, but Sabrina was way more otherworldly and boy-crazy.) Instead, Kiki is a mostly normal little girl who also inherited the ability to fly through the air from her mother. In this world, the ability to perform magic is a female trait; we don’t meet any male witches or wizards or warlocks. Even if the characters’ powers are more low-key than those of other witching tales, that magic feels empowering and beautiful and mystical.

Which is where the second, stronger level of Kiki’s Delivery Service lies. Kiki wants to be like her mother, which means she wants to be a grown-up, powerful witch, and quickly. But there is no speeding through age 13, and figuring out what kind of magic she’s good at takes Kiki much longer than she thinks it ought to. Her titular delivery service — she starts a business transporting gifts and packages via her broomstick — is a way to both get to know people in the seaside town she’s landed in and a chance to flex her flying muscles. But she succeeds only thanks to the help of different (non-witch) maternal figures who enter her life throughout the film. From a pregnant baker who takes her in, to a kind old woman who becomes Kiki’s surrogate grandmother (especially after we find out the woman’s own granddaughter is just the worst teen), Kiki ekes by on the kindness of other women.

Accepting the wisdom and guidance of other women is an important part of growing into one, even if much of the journey is personal. What makes Kiki’s Delivery Service haunting isn’t when Kiki’s magic fails her and she fears that she has lost her ability to fly forever. It’s the emotional aftermath: None of her non-witch, older lady friends can help Kiki get her powers back. She must develop her own self-confidence, learn to understand her own emotions, and build a belief in herself and her strength. These are tremendous asks of a teenage girl, and the solutions are complex and unpredictable. Watching Kiki figure out how to face challenges and overcome them — whether they’re magical or not — is what makes this film so beautiful.

Kiki’s Delivery Service might not be the prototypical witch movie for someone in the Halloween mood. It’s so much more than that: It is a romantic, unforgettable journey into the magical unknown that anyone who has ever freaked out about growing up knows too well.

Kiki’s Delivery Service is available to stream on HBO Max.