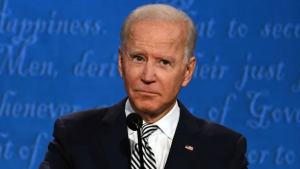 It’s starting to look like aid for American citizens is almost on the way. President-elect Joe Biden said today he is assembling a major new relief package that would boost stimulus payments for Americans to $2,000 and extend billions of dollars in aid to city and state governments.

It appears America’s new administration is moving swiftly to address the nation’s deteriorating economic condition and the rampaging pandemic.

Biden said in a news conference that the package will also include billions of dollars to improve vaccine distribution, tens of millions of dollars for schools, and assistance to small businesses, especially those in low-income communities.

“We need to provide more immediate relief for families and businesses now,” Biden said, adding that failure to act would result in “a broader economic cost.”

The new President-elect stated he would lay out the package in more detail next week. Several people with knowledge of its contents said it is also expected to extend enhanced unemployment benefits. This is a great first look into what this administration could potentially do to get back on track.

However, even with both chambers controlled by Democrats, Sen. Joe Manchin III (D-W.Va.) expressed major skepticism Friday about the benefits of a new round of stimulus checks. A move that is alarming and confusing for Americans.

Either way, and whatever happens our country needs aid and assistance. Hopefully the government and furthermore the administration we elected to run our country gets everything together.

Sign up for the Weeds newsletter
29 mins ago
Fauci threw a lot of shade at Trump in his first comments as a Biden adviser
29 mins ago
BRH Wealth case: HDFC Bank says Sebi orders depositing over Rs 158 cr in escrow account
29 mins ago
Hosting ‘Jeopardy!’ has been ‘nerve-racking,’ Ken Jennings says: ‘I wish it was still Alex out there’
29 mins ago
‘Bachelorette’ star Clare Crawley breaks silence on Dale Moss split: ‘I am crushed’
29 mins ago
The Britney Spears Conservatorship Situation, Fully Explained
29 mins ago