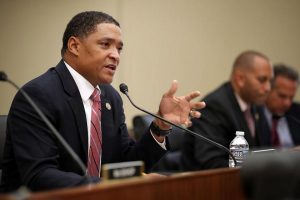 Representative Cedric Richmond of Louisiana will join Joe Biden’s administration in the White House to serve as a senior adviser to both the President and the director of the White House Office of Public Engagement.

Richmond, 47, is the former chairman of the Congressional Black Caucus and also served as a co-chair of Biden’s presidential campaign. He will vacate the House of Representatives seat that he won for the New Orleans area in 2011 and will become the highest-ranking Black aide to the President

“And so this new role will allow me to offer advice to the President when he wants it, maybe sometimes when he doesn’t want it,” he said at a press conference on Tuesday (November 17th).

During his press conference, Richmond also commented on the need for the current Trump administration to facilitate a “full-fledged transition” that includes briefing them on Operation Warp Speed, which was created to get a COVID-19 vaccine out to the Amerian public as soon as possible.

“President Trump should stop playing games with the lives of American people,” Richmond said. “We should be getting briefed on that so that we can offer our input and we can be ready on Day One.”