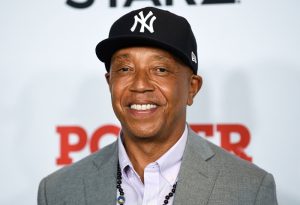 Russell Simmons beat a sexual assault lawsuit against him and it’s not necessarily because he’s innocent.

Jane Doe filed a $10 million lawsuit in March 2018 alleging the music mogul raped her and inflicted emotional distress. Simmons denied the claims and called it a “vile” extortion attempt.

L.A. Superior Court Judge Mark H. Epstein made a judgment in favor of Simmons because Doe’s claims stem from an alleged incident from 1988.

“Defendant contends that plaintiff’s claims are time-barred because plaintiff admitted the alleged incident occurred in 1988 but filed her action in 2018,” writes Epstein. “This is true. As previously stated, the Court granted defendant’s motion to deem the request for admission asking plaintiff to admit that the alleged sexual battery occurred in 1988.”

Epstein made this order on October 1st and held it for two weeks to give the anonymous accuser time to respond. But she never did and Russell Simmons was victorious.

There’s no clear indication why Jane Doe didn’t file an opposing motion but we are in the middle of a pandemic and her attorney, Douglas Mastroianni, was disbarred on Sept. 18 following unrelated disciplinary charges.

The post Russell Simmons’ Anonymous Rape Accusers Loses Lawsuit Because Claims Fell Outside The Statute of Limitations appeared first on The Source.