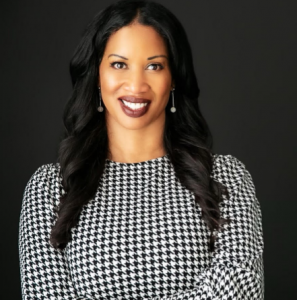 Selina Thomas is a force of nature that has taken the community of Santa Clarita politics by storm as a candidate that is running for one of the two seats in the Santa Clarita City Council.

At first glance, you will see the silhouette of a tall beautiful black woman, but looking past her  elegance and class, you will find a self motivator, entrepreneur and mother of three teenage girls.

But what made this self starting mom of three daughters decide to enter into the political area during a time of racial injustice, riots, and peaceful protests?Raising three black daughters in this day and age has become the moral compass that she recognizes and models that Black Lives matter. She is also a candidate that wants to unify and represent the community that race and color should no longer be a part of the discussion, instead integrity and the character is what matters in a person, not the color of their skin.

In her early years Selina learned from her Father Dr. Gene Thomas a trail blazer himself who was the first black superintendent elected in Arizona. He modeled that hard work and perseverance could create greatness!In her later years Selina would discover her amazing social ability in politics.
As an intern for Nate Holden in the mid 90’s she was sent to the White House to advocate to President Bill Clinton and Vice President Al Gore to request funding relief for the business in Los Angeles that lost so much during the LA riots.

In 2014 Selina launched a startup company, 6 degrees HR Consulting. With no inventors she went from a loud and busy Starbucks, to become a thriving brook and mortar business that specializes in HR issues with a human touch and skill.

As the Covid pandemic hit new heights, people hid away in their homes not knowing where their next paycheck was coming from, until they went onto their Facebook and found a ray of hope. Selina started doing daily informative videos explaining to the everyday worker and business owners their rights that the government was proposing in legislation for which later became known as the stimulus package. She also advocated for employers to receive monies from the Paycheck protection program (PPP) loans on behalf of her small business clients and to ensure they could continue to pay their employees.

It was this platform that Selina achieved notary as a reliable source and compassionate voice.  She was approached by many business owners to run for the up and coming election of the two available seats for Santa Clarita City Council.

When Selina wins she will be the first black woman to ever run for and sit on the city council in Santa Clarita. Just as her late father was a trail blazer she has become a role model for the next generation to look to.
Your vote is so important let your voice be heard on Nov 3rd.