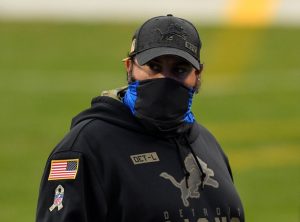 Getting fired on your day off is never any fun. But that’s exactly what just happened to Head Coach Matt Patricia and General Manager Bob Quinn of The Detroit Lions. Patricia was in the middle of his third season with the Lions.

The news, while unsuspected, isn’t a real surprise considering the Lions’ lack of success this season, including the team’s 41-25 loss on Thanksgiving Day.

Patricia and Flynn were initially tasked with elevating the Lions from their historic state of mediocrity to a perennial playoff contender. Instead, the duo brought more despair to a city and franchise that has not won a playoff game since 1992.