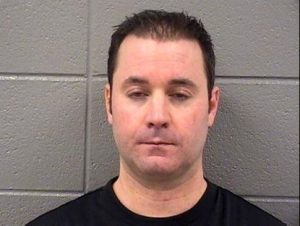 With the fall out of last week’s capitol chaos still creating ripple effects across the nation, authorities nationwide are attempting to ensure no more violent events carry out. One of those instances occurred in Suburban Chicago as a man was arrested for threatening violence against Democrats and Joe Biden at the upcoming presidential inauguration.

45-year-old Louis Capriotti of Chicago Heights, IL is charged with transmitting a threat in interstate commerce, according to the U.S. District Court in Chicago.

On a Dec 29, 2020 voicemail for a U.S. House member from NEw Jersey, Capriotti is heard saying if certain individuals “think that Joe Biden is going to put his hand on the Bible and walk into that [expletive] White House on January 20th, they’re sadly [expletive] mistaken.”

“Our office takes the security of our public servants very seriously,” said U.S. Attorney Lausch. “Individuals who cross the line of free speech by making unlawful threats will be held accountable.”