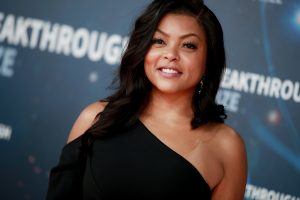 This week, Universal Music Group and podcast company Wonderly teamed up to launch their newest Jacked: The Rise of the New Jack Sound podcast, recruiting Taraji P. Henson as the narrating voice.

The show focuses “on the complex relationships of a group of teenagers from Harlem who would create a sound that changed music forever.”

Jacked takes a look at classic New Jack Swing-era cuts from UMG’s catalog such as Bobby Brown’s “My Prerogative” and Bell Biv Devoe’s “Poison” along with interviews with prominent contributors and innovators of the mid-80s and early 90s.

Marking the first joint project to come of the previously–announced partnership between UMG and Wondery, Jacked is a product of writers Rico Gagliano and Andy Hermann as well as consulting producer Barry Michael Cooper. Cooper is the screenwriter who captured the culture and lifestyle that permeated the New Jack Swing era via films such as New Jack City, Sugar Hill, and Above the Rim.

For Henson, this newest venture is the latest in a string of strong appearances who only recently announced her own mental health talk show to be streamed on Facebook Watch.

The Jacked podcast is currently streaming Apple Podcasts, Spotify, the Wondery App, and other platforms where you listen to podcasts.

The post Taraji P. Henson Is Host of New Podcast, ‘Jacked: Rise of the New Jack Sound’ appeared first on The Source.