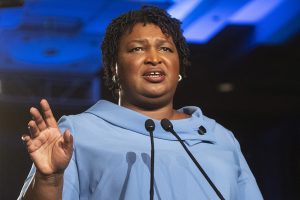 Tennessee-Chattanooga assistant football coach Chris Malone has been fired after he sent a derogatory tweet about Stacey Abrams and the job she has been doing to help Georgia becoming a blue state.

Malone sent a tweet on Tuesday night amid the Georgia runoff elections blasting Abrams. He has since deleted it, but everything lives online.

“Congratulations to the state GA and Fat Albert @staceyabrams because you have truly shown America the true works of cheating in an election, again!!! Enjoy the buffet Big Girl! You earned it!!! Hope the money was good, still not governor!” Malone wrote.

“Our football program has a clear set of standards,” Wright said in a statement posted to social media. “Those standards include respecting others. It is a message our players hear daily. It is a standard I will not waiver on. What was posted on social media by a member of my staff is unacceptable and not any part of what I stand for or what Chattanooga Football stands for. Life is bigger than football and as leaders of young men, we have to set that example, first and foremost. With that said, effectively immediately, that individual is no longer a part of my staff.”

Abrams, who lost a close race for governor in Georgia in 2018, has become the Democratic party’s MVP in terms of flipping Georgia in favor of President-Elect Joe Biden and Democratic Senate candidates Raphael Warnock and Jon Ossoff.

Malone’s comments seem from a place of anger and hate, so clearly the football program at Chatanoggo didn’t want his way of thinking around anymore.