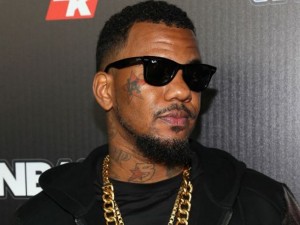 The Game has seen a lot throughout his life and career as a rapper. The Compton, CA native came into the music game in 2005. He quickly became a hit-maker with early mainstream success with the support of 50 Cent & G-Unit, Dr. Dre and Aftermath. As a veteran rapper, he understands more than a number of young rappers entering thee rap game today.

The “Dreams” rapper took to Twitter recently to offer some sound advice to warn many up-and-coming artists in the game.

“Young rap ni**as, stop showing off all ya money on social media… for every dollar you floss it’s a hood ni**a out there loading a clip for you…. #iBeenWhereYouatAndSurvived”

In the height of the digital age, many people take a liking to flexing on social media. While there is no problem with being proud of your success or riches, the world breeds of jealousy and envy. Therefore, an envious thought can lead to the downfall and sometimes untimely passings. Hip-Hop has lost a number of young rappers over the past few years including Pop Smoke, King Von, XXXTentacion and more. Those three lives came at the hands of gun violence. At the root of the violence, there was some envy that played a vital role as a motive.

The Game has experience life before his rap career as well as at the height of his career. Now he is living as a veteran in Hip-Hop. Because he has seen a number of people come and go, he is willing to help in any way to assure death in Hip-Hop comes to an end.

The post The Games Gives Vital Advice To Young Rappers appeared first on The Source.

Kate Middleton ignites her ‘royal career’ with legacy project claims royal expert
4 hours ago
OUTRAGE after Chinese scientists claim coronavirus originated in India
4 hours ago
Fears of TOTAL WAR explode as Iran vows to strike back ‘like thunder’ after assassination
4 hours ago
HORROR: Doctors jailed for illegally harvesting hospital patients’ organs
4 hours ago
World War 3 fears surge as Russia threatens to retaliate after US forces ‘violate’ waters
4 hours ago
England faces ‘indoor socialising ban’ until EASTER under Covid rules
4 hours ago
FURY after anti-Brexit vandals rename Kent ‘the toilet of England’ on road signs
4 hours ago
Coronavirus BOMBSHELL: Vaccine to arrive at British hospitals in just 10 days
4 hours ago
Queen’s plot to foil staff’s Covid Christmas revolt and make it to her beloved Sandringham
4 hours ago
Brexiteer warns of major EU plot to ‘hamstring’ UK to its rules – fishing a ‘red herring’
4 hours ago
Biden adds to vote margin over Trump after Milwaukee County recount
4 hours ago
Republicans ready to become deficit hawks again under a President Biden
4 hours ago