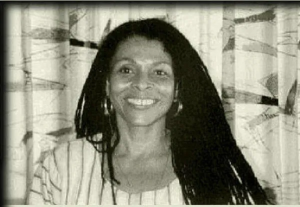 In 2013, forty years to the date after the grisly execution-style murder of a New Jersey state trooper, the woman convicted of his killing has been placed on the FBI’s most wanted terrorist list; the first woman to be named on it.

Authorities said Joanne Chesimard, 65, had been living freely in Cuba since 1984, five years after she escaped from a U.S. prison.

“She attends government functions and her standard of living is higher than most Cubans,” the FBI said in a statement. Chesimard, now known as “Assata Shakur,” is wanted in the killing of Trooper Werner Foerster on the New Jersey Turnpike on May 2, 1973, the FBI said. Rewards of $2 million — $1 million from the FBI and $1 million from the state of New Jersey — was offered for information leading to her capture and return.

According to the FBI, Chesimard, Clark Squire, and James Coston were stopped for a motor vehicle violation on the New Jersey Turnpike by two state troopers. Police say Chesimard fired the first shot at the troopers, and Coston shot from the back seat. Trooper James Harper was shot in the shoulder before fatally wounding Coston. During the gun fight, Foerster was executed at point blank range with his own gun, according to the FBI.

Chesimard and Squire were tried and convicted of the murder, and were serving time in 1979 when Chesimard escaped from prison “with help from a coalition of radical, domestic terror groups who took two guards hostage during an armed assault at the facility where she was being lodged,” the FBI statement said.

Chesimard was a member of the Black Panther Party and later the Black Liberation Army, “described as one of the most violent militant organizations of 1970s,” the FBI said.

“The Black Liberation Army claimed responsibility for the murder of several police officers throughout the United States,” the FBI said in a statement.

Aaron T. Ford, special agent in charge of the FBI’s Newark Division, told reporters in 2013 that Chesimard “remains an inspiration to the movement” despite living abroad, and he called her a “threat to America.”

According to the website AssataShakur.org, Chesimard says she was forced to “flee from the political repression, racism and violence that dominate the U.S. government’s policy towards people of color.”

The Shakur legacy continued in the next generation from the music of her surrogate nephew Tupac Shakur. Additionally, Chicago legend Common penned “A Song for Assata” in 2000 on his album Like Water for Chocolate.

The post Today In Hip Hop History: Assata Shakur Makes FBI Most Wanted List 40 Years To The Date Of NJ Trooper Murder 8 Years Ago appeared first on The Source.

These workers were left out of the New Deal. They’ve been fighting for better pay ever since.
3 hours ago
Seems like everyone hates Instagram for kids
3 hours ago
Bill Gates will never be the same
3 hours ago
Joe Manchin says he needs Republicans to support voting rights. He found one.
3 hours ago
Vaccine passports can liberate America
3 hours ago
What the cicadas will leave behind
3 hours ago

These workers were left out of the New Deal. They’ve been fighting for better pay ever since.
3 hours ago
Seems like everyone hates Instagram for kids
3 hours ago
Bill Gates will never be the same
3 hours ago
Joe Manchin says he needs Republicans to support voting rights. He found one.
3 hours ago
Vaccine passports can liberate America
3 hours ago
What the cicadas will leave behind
3 hours ago
One Good Thing: HBO Max’s Hacks features the amazing Jean Smart as an aging comedy legend
3 hours ago
The best £85 I ever spent: A cat to keep me company when I restarted my life
3 hours ago
The blandness of TikTok’s biggest stars
3 hours ago
Why AT&T’s stock is getting smashed after mega media deal with Discovery
3 hours ago
AT&T Is Cutting Its Dividend and Spinning Off WarnerMedia. Here’s How Much Its Stock Might Be Worth.
3 hours ago
Burry of ‘Big Short’ Fame Places Big Bet Against Musk, Tesla
3 hours ago