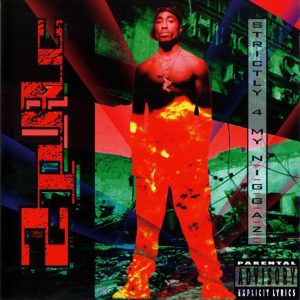 On this date in 1993, Tupac Shakur released his second full-length studio album Strictly For My N.I.G.G.A.Z… on Jive Records and T.N.T. Recordings. With the ‘N’ word always having a negative connotation, ‘Pac flipped it to an acronym, meaning  Never Ignorant Getting Goals Accomplished with the “Z” in the title making it plural.

This album continued on the same wavelength as his debut, with his own sociopolitical viewpoint as the basis of the album’s overall subject matter. The most recognizable singles from the album are “I Get Around,” “Holler If Ya Hear Me” and the inspirational “Keep Ya Head Up”, which helped to propel the album to platinum status.

The post Today in Hip-Hop History: Tupac Shakur Released ‘Strictly For My N.I.G.G.A.Z…’ LP 28 Years Ago appeared first on The Source.