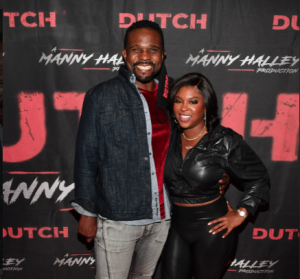 Torrei Hart has found a new love interest and fans were surprised to learn that it was Family Matters actor Darius McCrary.

Hart is working her way out of the shadows of just being “Kevin Hart’s ex-wife,” and the mother-of-two is building a brand of her own.

Kevin has given fans access to his personal life by using his previous marriage for comedy material, and he re-married.

But Torrei on the other hand has been very tight-lipped about her love life until just now. “Happy birthday to my partner, friend, mentor, and get money buddy!!!! This is just the beginning. @dariusmccrary,” she wrote.

The neighborhood talk reported that the couple’s romance blossomed out of a movie that they both starred in called Sebastian. “Darius wanted something real,” the outlet claims a source told them a few weeks back.

Darius McCrary is pretty private about his love life as well. He was recently romantically connected to Sidney Starr and had a highly-publicized marriage to Karrine Steffans before that.

Love is in the air ladies and gentlemen. Check out Torrei Hart and Darius McCrary show off their new love.