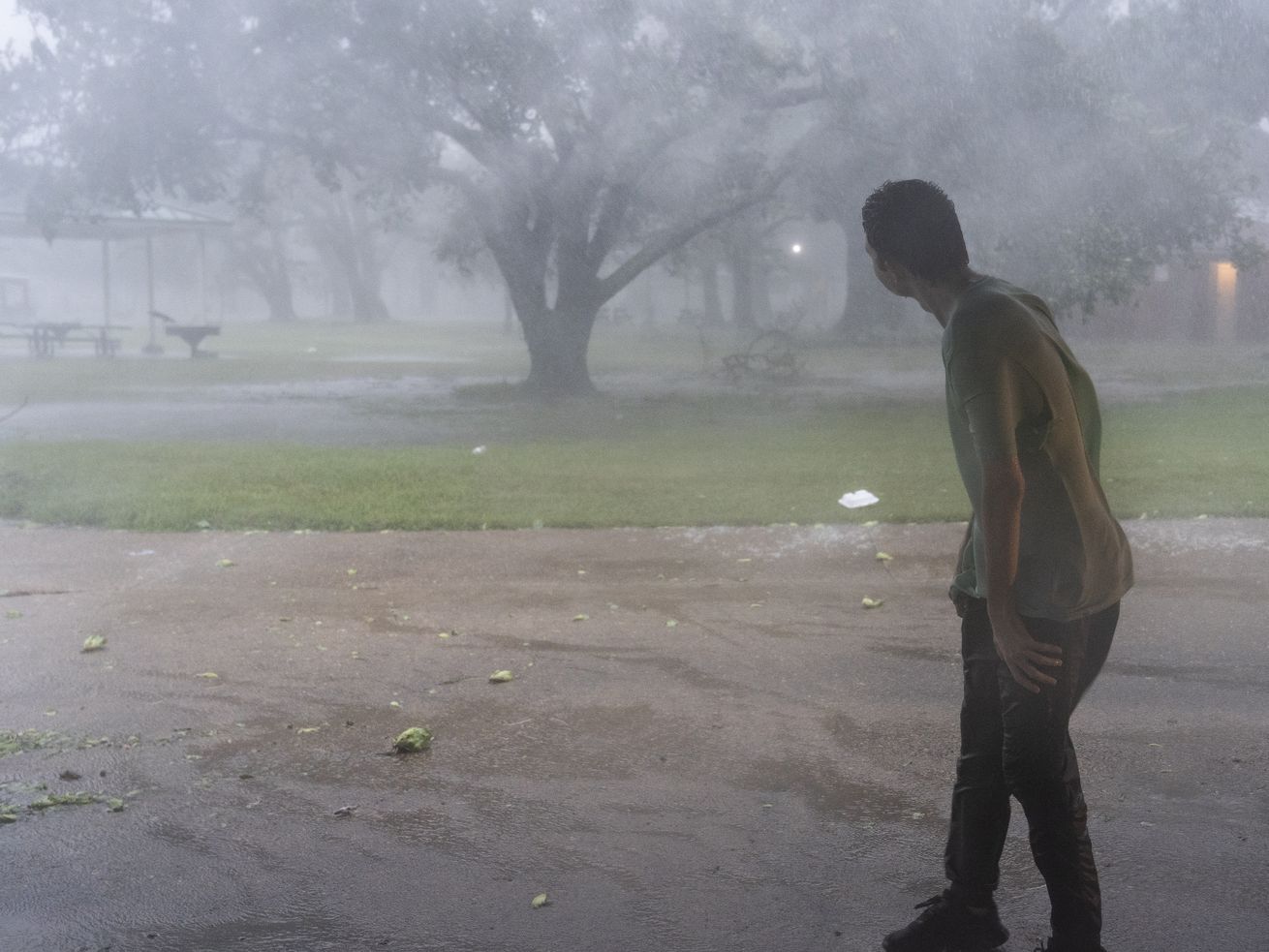 Hurricane Delta made landfall Friday evening in southwest Louisiana, an area that was badly impacted by the Category 4 Hurricane Laura just six weeks ago.

Delta hit the Louisiana shore in Cameron Parish’s Creole community as a Category 2 hurricane at 6:01 pm local time with 100-mph winds. (It has since been downgraded to a tropical depression.) On land, the storm brought sustained winds of 60 mph and dropped more than a foot of rain in Louisiana, with some places receiving up to 15 inches.

The National Hurricane Center (NHC) warned that heavy rainfall could lead to flash flooding — more than 5 million people are already under flash-flood warnings in the region — as well as minor river flooding across parts of the lower Mississippi River Valley and the Tennessee Valley on Saturday. Heavy rain is expected to continue into the Southern Appalachians on Sunday.

Nearly 800,000 homes and businesses were left without power across Louisiana, Texas, and Mississippi, according to AccuWeather, and more than two dozen emergency calls included high-water rescues in areas like Baton Rouge, where the outer bands of the storm hit earlier than expected on Friday, the New York Times reported.

Delta is on the verge of becoming a tropical depression, but the storm remains a concern as it tracks across the Mississippi Valley, leaving nearly 800,000 without power: https://t.co/xsuA4FIVpi pic.twitter.com/5MX48g0wGI

The storm’s strong winds flipped two trucks onto their sides on Interstate 10 between Lake Charles and Lafayette, Louisiana.

No power in our hotel in #Lafayette this morning. Saw two flipped trucks on I-10 between Lake Charles and Lafayette last night.

More than 594K customers are without electricity across Louisiana this morning after #Hurricane #Delta pic.twitter.com/vwPcGLxJwd

The NHC on Saturday morning downgraded Delta to a tropical depression, which is a tropical cyclone characterized by maximum sustained surface winds of 38 mph, according to the Weather Channel.

Due to the storm, the National Weather Service issued a tornado watch for areas in Alabama and Florida until 1 pm Central on Saturday.

#Delta is still bringing damaging winds hundreds of miles inland … getting lots of reports of trees and power poles down. Gusts over 50 mph are common near the lowest pressure, now over northeast LA and western MS #lawx #mswx pic.twitter.com/Old1VsN1R7

Delta is the 25th named storm of the 2020 Atlantic hurricane season. It’s also the 10th named storm this season to make landfall in the continental US, setting the record for the most storms in one year, CNN reported. (Delta is the seventh major storm to hit the Gulf Coast since June.)

The storm first made landfall as a Category 2 storm about 20 miles south of Cancun, Mexico, on early Wednesday. Before hitting the Yucatan Peninsula, Delta transformed into a Category 4 hurricane over the course of 30 hours, increasing its wind speed by nearly 100 mph in that time. One forecaster on Twitter said he could find no previous record of an Atlantic storm escalating that quickly or strongly.

Louisiana residents are still dealing with the aftermath of Hurricane Laura, which hit the state as an “extremely dangerous” storm in late August during the 15th anniversary of Hurricane Katrina. Wind gusts of up to 130 mph removed rooftops, flipped trees, and downed power lines. At least 10 people in the state, many from falling trees. “It just looks like a bomb went off,” a resident told Vox.

Before Delta made landfall, Lake Charles Mayor Nic Charles told the Wall Street Journal, “We are still reeling from Laura. There are thousands of buildings in this city that were weakened from Laura that are nowhere near put back together. There are still piles of debris left. You just can’t recover from a catastrophe in six weeks.” Lake Charles, where 95 percent of structures suffered damage from Laura, is north of Creole, where Delta first hit.

The year’s particularly intense hurricane season is due in part to climate change. As Vox’s Umair Irfan reported, “Warmer-than-average sea surface temperatures in the Atlantic and the Caribbean Sea” have created more energy for hurricanes to “spin up, grow, and strengthen.” Shifts in wind patterns are also a factor:

Major storms like hurricanes also require a fair amount of calm in the air to form. Shifts in wind speed and direction with altitude, known as wind shear, can prevent storms from forming or rip apart weather systems before they blossom into major storms. But this year, the air over the North Atlantic was more placid, with less wind shear than is typical.

The NHC expects minor to major river flooding to continue across parts of Louisiana and Mississippi throughout the week.