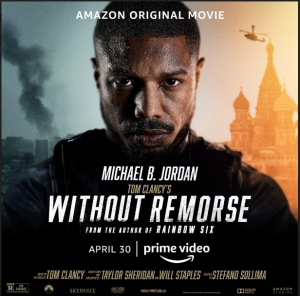 Michael B. Jordan and Prime Video have been dropping drones all over the world Without Remorse and here’s why…

In advance of the global premiere of Tom Clancy’s Without Remorse, starring Michael B. Jordan, premiering today, Amazon Prime Video has delivered more than 100 themed packages via aerial and ground drones to friends and family of Michael’s.

Notable names who have received the packages and have posted on their socials include Pete Wentz, Wesley Snipes, Colin Ford, Caleb McLaughlin, Niles Fitch, Adina Porter, and more.

Check out the Drone release below.

The post [WATCH] Michael B. Jordan Drops Drones For ‘Without Remorse’ Premiere appeared first on The Source.