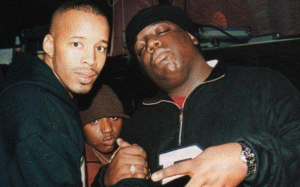 In an exclusive interview with AllHipHop, West Coast legend Warren G. spoke in detail about the East Coast vs. West Coast beef that stemmed from the personal beef between the Notorious B.I.G. and Tupac Shakur. In the interview, Dr. Dre’s brother and founding member of Snoop Dogg’s 213 said that in an attempt to settle the dust bwetween the two, he took a trip to the Borough to see if he could mediate.

In the minute long snippet, Warren G. dispelled the rumors that New York didn’t rock with West Coast artists. In fact, at the end of interview, he said he mentioned to Snoop, “They don’t show me nothin’ but love out this motherfucker..”

The post [WATCH] Warren G. Says He Rolled Up On Biggie’s Block In Brooklyn To Squash Beef With Tupac appeared first on The Source.