REALITY TV’s Duggar family pride themselves on following strict Christian rules on their show, which some of the children have faced criticism for breaking.

The Duggars try to implement a conservative dress code, discourage birth control use, and urge the use of parental chaperones while they go on dates prior to being married.

Jim Bob and Michelle Duggar with their children[/caption]

Who are the Duggars?

The Duggars rose to the limelight with their TLC reality series 19 Kids and Counting.

Jim Bob and Michelle Duggar are parents to 19 children and the show follows their life as a family together and apart.

All of their children have names which begin with the letter J.

On March 30, the family will star in an Easter special titled, Counting Now: A New Life. The special will air on TLC at 10pm.

What are the rules Jim Bob Duggar has for his daughters?

Jim Bob has implemented strict rules within the family that reflect their Christian lifestyle.

Some of the rules for his daughters include:

The Duggar children have also been homeschooled and grew up with strict access to entertainment and television.

All of the Duggar children were homeschooled[/caption]

Have they broken them?

While most abide by the regulations, many of the Duggar girls have been criticized on social media for breaking the rules.

Jana Duggar was slammed for wearing a tank top and shorts while out on a boat with her family.

The Duggar girls usually wear skirts and long sleeves shirts as being modest is part of the rules.

Conversely, some of the rules apply to the Duggar men as well when it comes to their relationships.

Fans of the show criticized John David Duggar for sharing a PDA packed photo with his wife Abbie Burnett on a date night.

John David captioned the picture: “My favorite place to be is with you!!!”

The couple also thanked Jana, who happens to be John David’s twin sister, for babysitting “so we could sneak away for a few hours!” 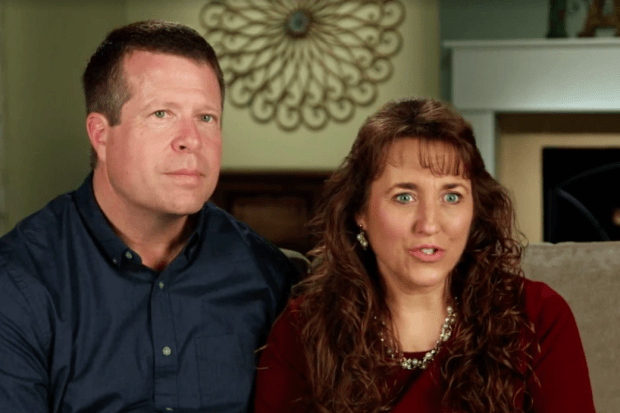 How many children and grandchildren do Michelle and Jim Bob Duggar have?

Along with the pictures, they wrote: “Welcome to our world Grace Annette (Gracie)!!!

Jill Duggar has also been widely criticized by the Duggar clan for enrolling her child, Israel Duggar in public school as opposed to homeschooling him.

In the video, shared on their YouTube channel, they hit Walmart where they gave Israel a list of all the supplies he needs, so that he can help them find it.

Crayons, sticky notes, construction paper and glue sticks are among the items they pick up, as Israel cheers and tells his mom he is “so happy” to start school.

Jill has become estranged from her family in recent months after she and husband Derick Dillard broke away from their strict conservative values.

Derick was fired from the family’s spin-off show Counting On in 2017 over a comment regarding TLC’s transgendered star, Jazz Jennings.

Jill also stopped filming the show to support her husband.

Most read in US News

BACK IN THE DOG HOUSE


Social Security recipients will get check THIS WEEKEND after delay


Here are 8 reasons you haven’t received your direct $1,400 stimulus check

The couple have distanced themselves further from the family in recent years. Jill and Derick revealed in a YouTube video that they haven’t been to the Duggars’ house in “probably like a couple years.”

What faith are the Duggar family?

The show frequently touches on their values and their relationship with God.

What is Counting On?