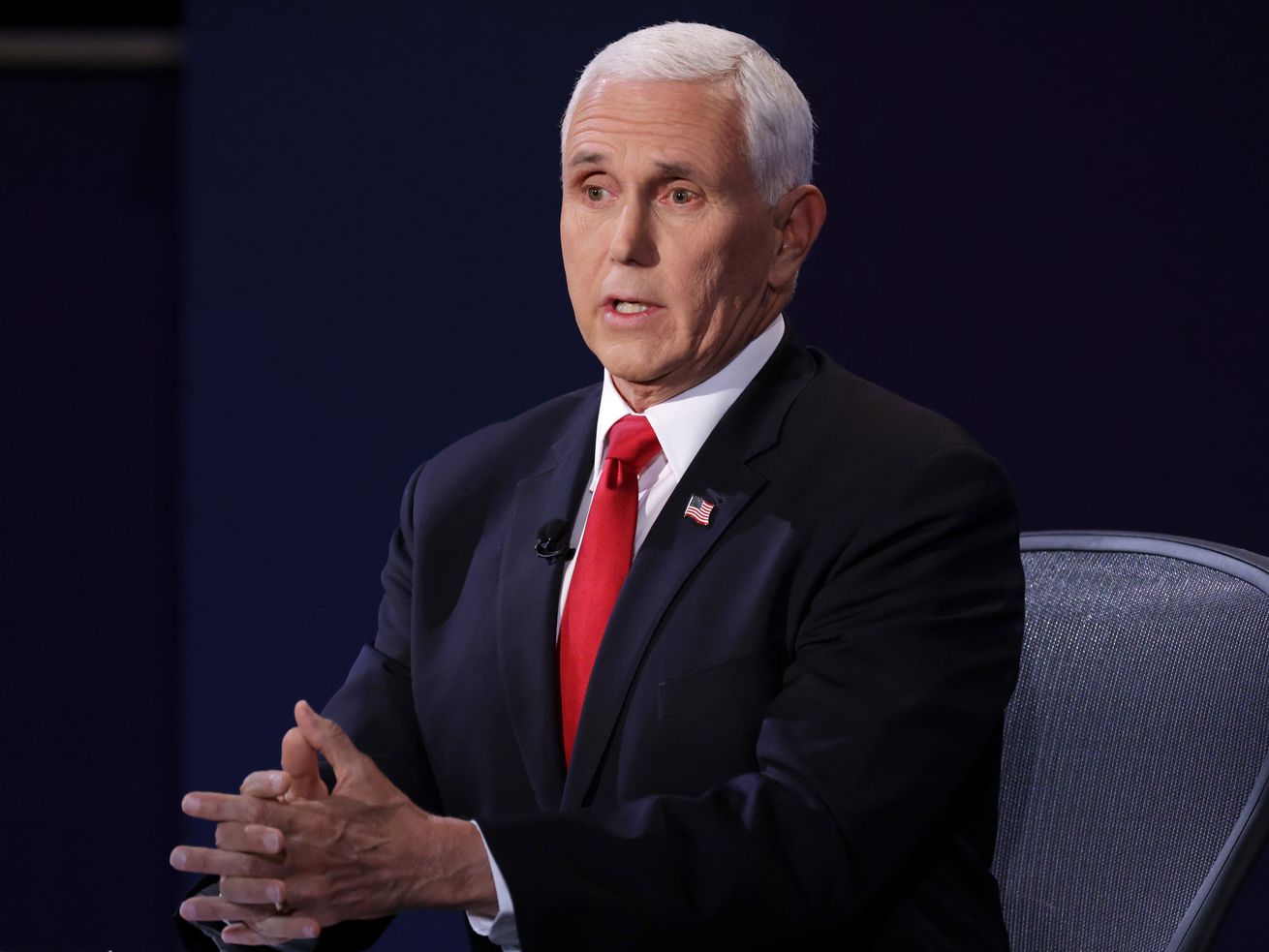 The vice president’s appearance in the debate is more than a meme, given the White House’s lack of transparency about Covid-19.

Vice President Mike Pence’s florid pink eye — similar to that of Joe Biden’s bloody debate eye last year — led to frenzied online speculation about his health and whether the eye condition could be linked to the coronavirus.

For its post-debate coverage, ABC News kicked off by bringing on its chief medical correspondent Jennifer Ashton, who was unable to confirm whether Pence’s pink-colored eye was in fact the condition pink eye and whether it signified anything. “Anywhere from 11 to 30 percent of Covid patients can have pink eye. It can be an early sign,” Ashton said. “But he can just have some makeup in his eye.”

Makeup or actual pink eye, the internet doesn’t really care, so long as there’s a vaguely entertaining element of the debate (beyond policy-speak) to grab onto. Early in the debate, that eye was the subject of much discussion:

What’s up with Pence’s eye?

But the internet didn’t leave it there. Viewers also seized upon Pence’s ice-cold demeanor, swollen lip, and pallid skin, as he mechanically fulfilled his role as the dutiful second-in-command to President Donald Trump.

Mike pence looks like the bottom of a stingray

Pence looks pale. And I mean pale for Pence.

This discourse, however insulting, was part of the larger narrative taking shape about Pence’s possible health. “He doesn’t look well,” speculated Steve Schmidt, co-founder of the Republican-led Lincoln Project.

Pence has avoided much of the physical scrutiny directed toward Trump since the president’s coronavirus infection and hospitalization, but while Pence has not tested positive for the disease, there’s no guarantee that he isn’t already infected or, even worse, contagious. The speculation sparked by his appearance only reinforced one of the Trump administration’s biggest problems: a lack of transparency when it comes to the coronavirus, including the health of their own people.

On the debate stage, however, lighting, makeup, and camera angles matter, so it’s possible that Pence’s pale complexion is the result of poor makeup work and harsh lighting.

These unflattering appearance analyses could also be skewed by Pence’s unpopularity online. He’s best known for quietly standing in Trump’s shadow, so it can be an irksome sight when Pence tries to speak over Kamala Harris or moderator Susan Page for the fifth time, while nonsensically evading direct answers to questions. (When asked about Roe v. Wade, Pence went on a spiel about the assassination of Iranian commander Qassem Soleimani.)

The vice presidential debate was certainly historic: It was the first to feature a woman of color, and the plexiglass barriers intended to protect the candidates from each other’s germs were a new feature. What’s refreshing about this debate discourse was that Pence became the center of appearance attention, not Harris.

Yet the most bizarre and memorable debate moment wasn’t brought about by Harris or Pence but by a small black fly. A fly decided to linger on Pence’s white hair for about two minutes, just as he was wrapping up an answer. Of course, the fly cameo only served to reinforce liberal Twitter’s ongoing joke that Pence is an undead being, to put it politely, or that flies are attracted to garbage or other forms of waste. It’s a good reminder that regardless of how much debate prep a candidate undergoes, a fly — or any similar force of nature — can ruin it all.

Ocho meses de confinamiento por COVID-19 y contando: ¿Qué podemos hacer cuando estamos aburridos?
51 mins ago
Why nursing home aides exposed to COVID-19 aren’t taking sick leave
51 mins ago
China beat the coronavirus with science and strong public health measures, not just with authoritarianism
52 mins ago
Laughing is good for your mind and your body – here’s what the research shows
53 mins ago
Why do tigers have stripes?
53 mins ago
A brief history of Georgia’s runoff voting – and its racist roots
54 mins ago

Ocho meses de confinamiento por COVID-19 y contando: ¿Qué podemos hacer cuando estamos aburridos?
51 mins ago
Why nursing home aides exposed to COVID-19 aren’t taking sick leave
51 mins ago
China beat the coronavirus with science and strong public health measures, not just with authoritarianism
52 mins ago
Laughing is good for your mind and your body – here’s what the research shows
53 mins ago
Why do tigers have stripes?
53 mins ago
A brief history of Georgia’s runoff voting – and its racist roots
54 mins ago
The rise and fall of Tab – after surviving the sweetener scares, the iconic diet soda gets canned
54 mins ago
Biden’s ambitious energy plan faces headwinds, but can move the US forward
55 mins ago
Opportunities to practice real-life philanthropy bring academic benefits
55 mins ago
Trump tells GSA that Biden transition can begin
55 mins ago
Democrats face increasing pressure to back smaller COVID-19 stimulus
55 mins ago
Michigan county board approves resolution in support of impeaching Whitmer
55 mins ago