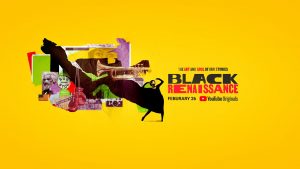 YouTube Originals and Google Arts & Culture have announced new additions to the Black Renaissance special, a celebration of the contributions of Black History Makers. The special will premiere Friday, February 26 on the YouTube Originals Channel.

Black Renaissance will showcase the Black creators, artists, writers, storytellers, and history makers who have shaped our nation’s history and the next generation of Black voices who are reimagining our future.

The series will be hosted by New York Times bestselling author and NAACP Image Award Winner Jason Reynolds and feature messages from Michelle Obama and Stacey Abrams, along with Kelly Rowland honoring the 50th anniversary of Alvin Ailey’s iconic dance masterpiece and more.

You can see the trailer for the show below.